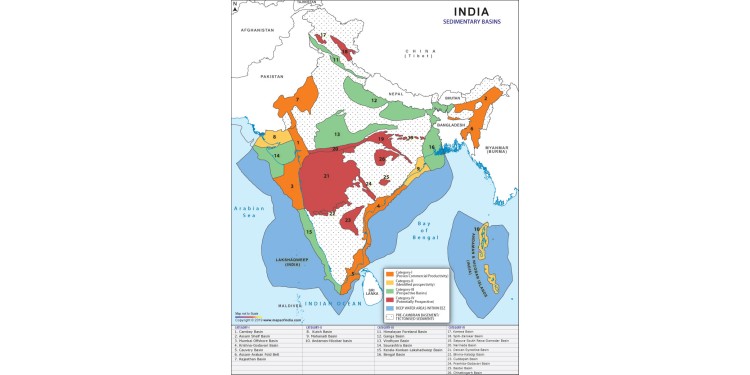 Sedimentary basins are the richest sources of petroleum products across the world. The method of their formation, the reason for the rich mineral resources and their distribution across India is an area of interest for UPSC. The presence of nearly 40 Hydro Carbon sedimentary basins across India and the recent exploration of the Bengal basin also makes it all the more important.

India has 26 sedimentary basins covering an area of 3.14 million square kilometres. Of these, 16 are onland basins, 7 located both onland and offshore and 3 completely offshore. Broadly Indian sedimentary basins have been divided into four categories based on their degree of prospectivity. 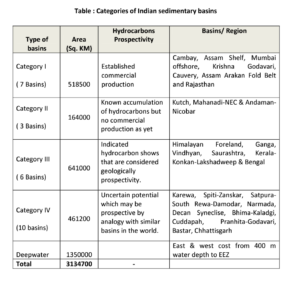 The other basins where commercial production is already going on are – Cambay, Mumbai Offshore, Rajasthan, Krishna Godavari, Cauvery and Assam-Arakan Fold Belt. Seven out of the eight producing basins of India covers 83 percent of established oil and gas reserves that have been put to production.

What are sedimentary basins?

Why are hydrocarbon deposits found in sedimentary basins?