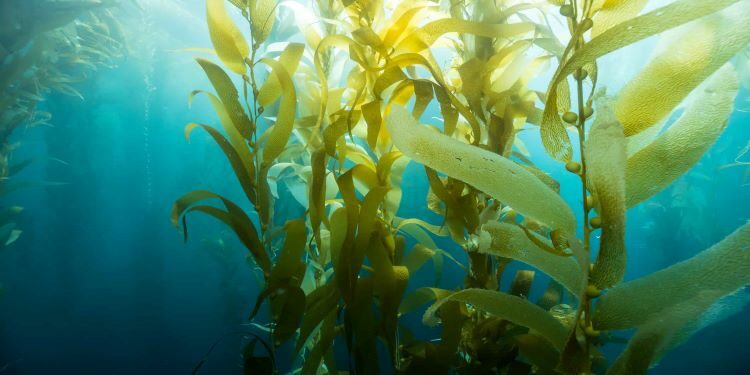 In news : Recently, the Union Finance Minister has proposed in the Budget to set up aa multi-purpose seaweed park in Tamil Nadu as part of promoting seaweed cultivation.

What is Seaweed Farming?

Seaweed farming or kelp farming refers to the practice of cultivating and harvesting seaweed. In its simplest form, it consists of the management of naturally found batches

Seaweeds can be classified into three broad groups based on pigmentation: brown, red and green. Botanists refer to these broad groups as Phaeophyceae, Rhodophyceae and Chlorophyceae, respectively.

The commercially exploited seaweed species in India mainly include Kappaphycus alvarezii, Gracilaria edulis, Gelidiella acerosa, Sargassum spp. and Turbinaria spp. Seaweeds are valued for commercial products such as Karrageenan and Agar besides being used for the production of polysaccharides, fertilizer, sludge and other high-value products such as nutraceuticals and cosmeceuticals for use against various lifestyle diseases

PEGASUS-Psychomorph European Guidelines for a SUstainable Aquaculture of Seaweeds

Recently,  PEGASUS on seaweed has been released, following are the key highlights of the document: