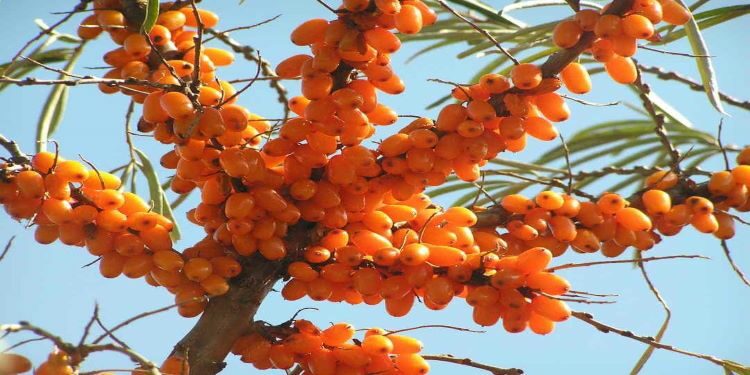 In news : Recently, the state government of Himachal Pradesh  has decided to start planting sea buckthorn in the cold desert areas of the state in the current year

Where can we find Sea Buckthorn in India?