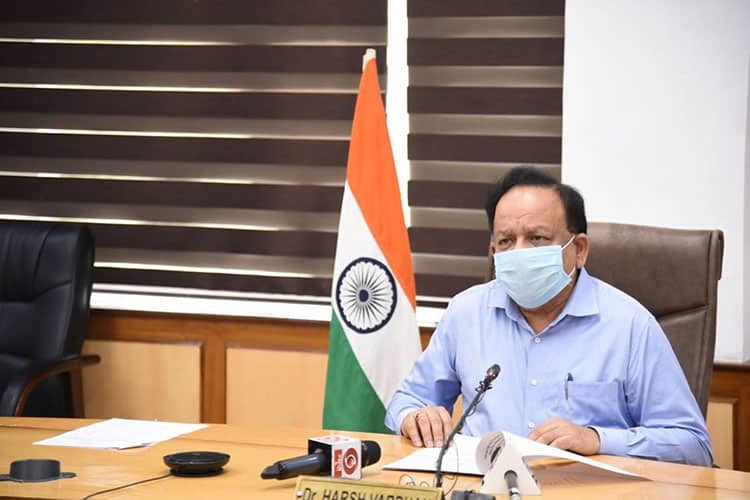 India has one of the world’s lowest coronavirus (COVID-19) infection and death rate at 864 cases and less than 21 deaths per million population, said Union Minister for Health and Family Welfare at SCO Health Minister’s Digital Meet held recently.  He underlined that the recovery rate among coronavirus-infected patients in the country is 63.45% and the mortality is 2.3%.

The meeting was chaired by Mr. Mikhail Murashko, Minister of Health of the Russian Federation. The ongoing COVID crisis was the key topic of discussion. The Minister emphasized how the Indian traditional system of medicine has also contributed substantially in boosting the immunity of the general population during COVID-19. He pointed out that there is currently no institutional mechanism within SCO to discuss cooperation in traditional medicine.

It has the potential to fulfil the WHO traditional medicine strategy 2014-2023 and also reinforce the effective implementation of the joint statement on cooperation in combating epidemics signed at the Qingdao Summit in 2018. This is in spite of such complementary medicine systems being widely practiced in all member states of SCO. He therefore proposed the setting up of a new Sub Group on Traditional Medicine under the existing institutional meetings of the Shanghai Cooperation Organisation Health Ministers.

The historical meeting of the Heads of State Council of the Shanghai Cooperation Organisation was held on 8-9 June 2017 in Astana. On the meeting the status of a full member of the Organization was granted to the Republic of India and the Islamic Republic of Pakistan.

The SCO’s main goals are as follows: strengthening mutual trust and neighbourliness among the member states; promoting their effective cooperation in politics, trade, the economy, research, technology and culture, as well as in education, energy, transport, tourism, environmental protection, and other areas; making joint efforts to maintain and ensure peace, security and stability in the region; and moving towards the establishment of a democratic, fair and rational new international political and economic order.