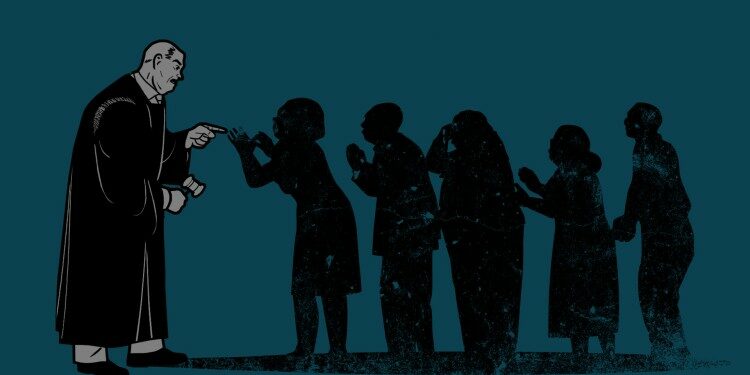 Independence of judiciary as basic structure of Constitution

In 2020, a two-Judge Bench of the Karnataka High Court comprising Chief Justice Abhay Shreeniwas Oka and Justice Ashok S. Kinagi quashed a private complaint against a Judicial Officer, upholding the Independence of Judiciary as part of the basic structure of the Constitution.

Types of Independences of Judiciary:

Punishing Powers for Contempt: Both the Supreme Court and the High Court have the power to punish any person for their contempt.

Interference of executive in judiciary:

The genesis of collegium system lie in the famous “three Judges Cases”, which are:

The strengths of Collegium System include:

The critics of the collegium system list the following as it main drawbacks:

Allegations of Nepotism: Collegium has been fraught with serious allegations of different types of alleged conflict of interest among the members of the collegium and the individuals they have selected to become judges of the High Courts and the Supreme Court. Sons and nephews of previous judges or senior lawyers tend to be popular choices for judicial roles.  Thus, it encourages mediocrity in the judiciary by excluding talented ones and breeds nepotism.

NJAC and its quashing

It stipulated that the NJAC would consist of –

Mould your thought: The collegium system must not see itself as being above the safeguards and measures for transparency, accountability and demographic representation that apply to India’s pillars of democracy. Evaluate.