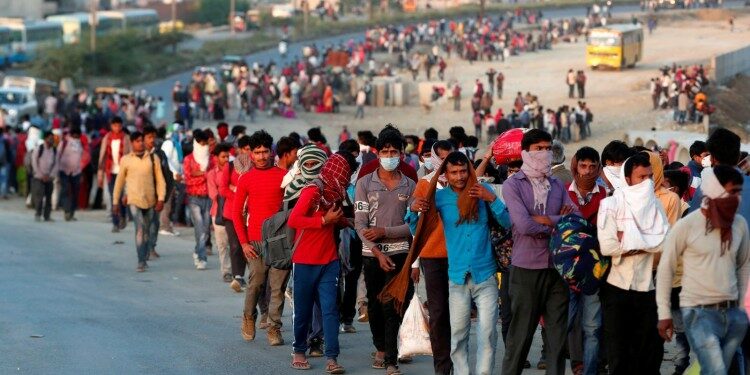 The Supreme Court on June 29 pronounced its judgment in the migrant labourers case. The court has laid down numerous guidelines to provide relief to workers and efficiently tackle the problem till the threat of COVID-19 subsides. With the third wave of COVID-19 infections looming, it is imperative to ensure that government machinery works to its full potential and robust systems are developed to withstand the challenges.

In news: A long road for migrant workers
Placing it in syllabus: Society

COVID-19 and Problems of Migrant Workers

SC Ruling and its Importance:

Key directions from the judgment are summarised below:

Revision of state-wise coverage under NFSA:

Importance of the judgement

Finally, the top court recognised the need for direct cash benefit transfer to workers in the unorganised sector. But it did not issue any guidelines for the same as the workers need to be covered by the States themselves.

Drawbacks of the ruling:

Mould your thought: Highlight the issues of the migrant workers during the pandemic. How do the recent directives of the Supreme Court in the migrant labourer case address these issues?