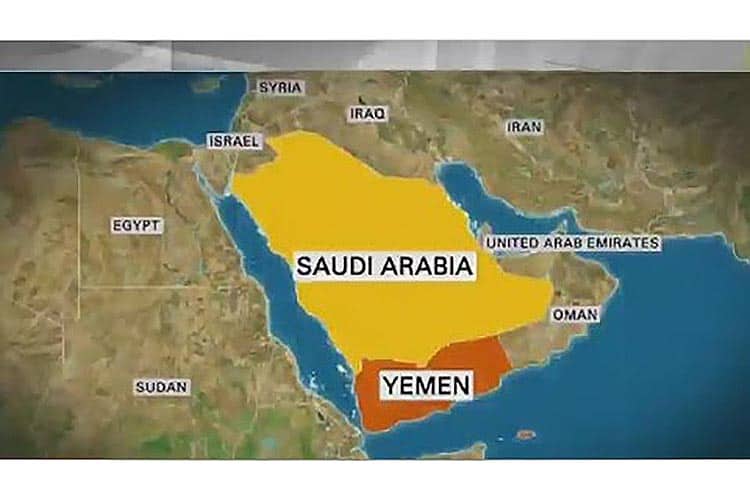 Saudi Arabia and Yemen, the 2 countries of the Middle East are involved in a long drawn conflict that has devastated Yemen. The unrest in Yemen is not a single conflict but is instead a mosaic of multifaceted regional, local, and international power struggles that are the legacy of recent and long-past events.

The conflict has its roots in the failure of a political transition supposed to bring stability to Yemen following an Arab Spring uprising that forced its longtime authoritarian president, Ali Abdullah Saleh, to hand over power to his deputy, Abdrabbuh Mansour Hadi, in 2011.

As president, Mr Hadi struggled to deal with a variety of problems, including attacks by jihadists, a separatist movement in the south, the continuing loyalty of security personnel to Saleh, as well as corruption, unemployment and food insecurity.

The Houthi movement (known formally as Ansar Allah), which champions Yemen’s Zaidi Shia Muslim minority and fought a series of rebellions against Saleh during the previous decade, took advantage of the new president’s weakness by taking control of their northern heartland of Saada province and neighbouring areas. Disillusioned with the transition, many ordinary Yemenis supported the Houthis, and in late 2014 and early 2015 the rebels gradually took over the capital Sanaa.

Alarmed by the rise of a group they believed to be backed militarily by regional Shia power Iran, Saudi Arabia and eight other mostly Sunni Arab states began an air campaign aimed at defeating the Houthis, ending Iranian influence in Yemen and restoring Mr Hadi’s government. The coalition received logistical and intelligence support from the US, UK and France.

The Houthis have responded to Saudi airstrikes with missile attacks on Saudi Arabian infrastructure and territory, including oil tankers and facilities and international airports. The intervention of regional powers in Yemen’s conflict, including Iran and Gulf states led by Saudi Arabia, threatens to draw the country into the broader Sunni-Shia divide.

The conflict continues to take a heavy toll on Yemeni civilians, making Yemen the world’s worst humanitarian crisis. The UN estimates that the civilian casualty toll has exceeded 15,000 killed or injured. Twenty-two million Yemenis remain in need of assistance, eight million are at risk of famine, and a cholera outbreak has affected over one million people. All sides of the conflict are reported to have violated human rights and international humanitarian law.

The UN has also warned that the death toll from the coronavirus pandemic could exceed the combined toll of war, disease, and hunger over the last five years.