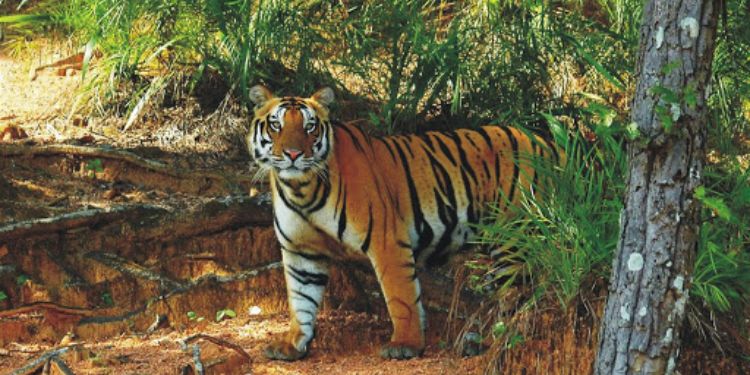 Flora and Fauna: It is a sal dominated forest with a significant number of tigers, leopards, elephants, herbivores like Chousingha and water birds, reptilians, etc.