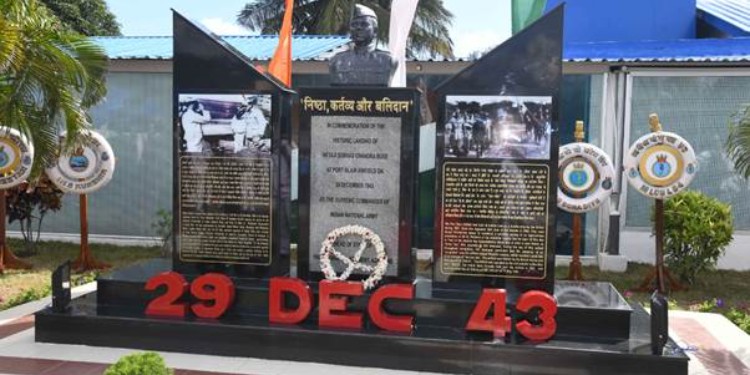 Make PDF
In news– Recently, a Sankalp Smarak was dedicated to the nation by Commander-in-Chief Andaman and Nicobar Command exactly 78 years after Netaji’s arrival in Andaman & Nicobar on 29 Dec 2021.

Historical significance of this day

Note: The Ross Island was renamed as Netaji Subhas Chandra Bose Dweep, the Neil Island would now be known as Shaheed Dweep and the Havelock Island as Swaraj Dweep.