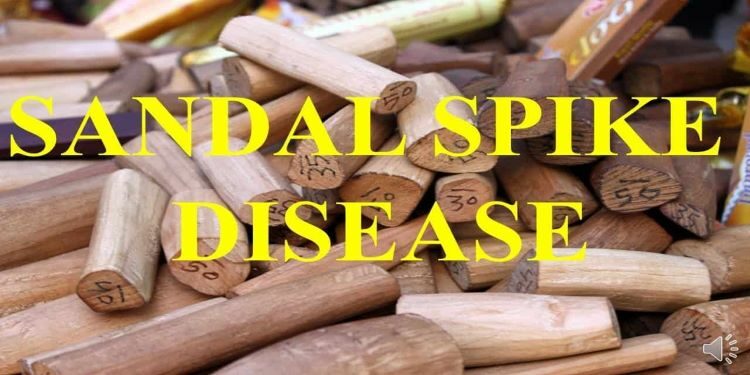 In news : Sandalwood trees in India, particularly in Karnatakaand Kerala are facing a serious threat with the recent return of the destructive Sandalwood Spike Disease (SSD).

According to a study by scientists  Institute of Wood Science & Technology, Bengaluru, the natural population of sandalwood in Marayoor of Kerala and various reserve forests in Karnataka, including Malai Mahadeshwara Hills, are heavily infected with SSD according to IWST, the present rapid spread of the infection is largely due to restrictions on green felling in forests, which has allowed vectors to spread the disease to healthy trees

History of the disease in India

Its impact on Sandalwood production and its Price

There are two types of sandalwood, they are:

Where is it found?

The legal status of Red sandalwood

The legal status of White sandalwood