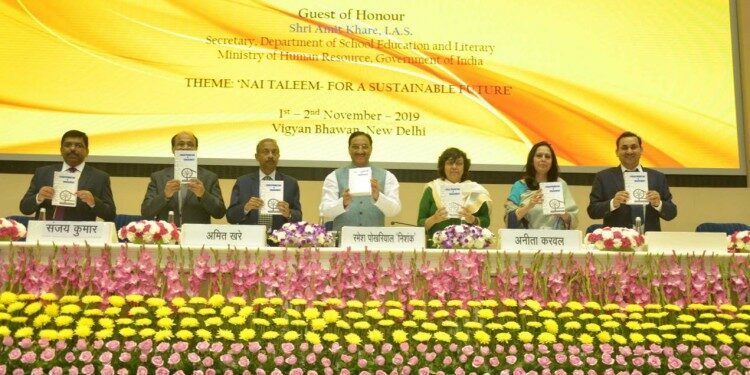 Recently, the Union Minister of Education addressed the 26th National Annual Conference of Sahodaya School Complexes(organized by CBSE) as the Chief Guest via video conferencing. On the occasion, the Minister released a Conference Souvenir titled SAMARTHAN – which is a compilation of the best teaching practices in the country.

The concept of Sahodaya School Complexes

In the year 1987, CBSE brought out a publication titled, “Freedom to learn and freedom to grow through Sahodaya School Complexes” (SSCs) which characterized “SSCs” as a voluntary association of schools in a given area, who through mutual choices, have agreed to come together for a systematic and system-wide renewal of the total educational process. In other words as “Sahodaya” signifies rising together, it identified six areas, to begin with, for collaboration amongst schools of its complex: