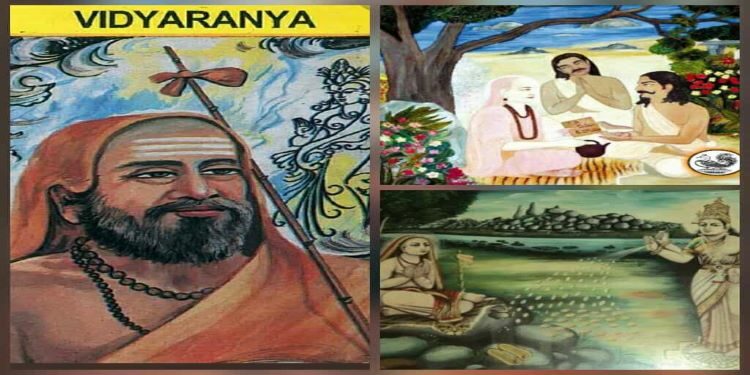 In news : The Vice President of India while Delivering the first P. Parameswaran Memorial Lecture organised by Bharatheeya Vichara Kendram in Thiruvananthapuram mentioned about the sage Vidyaranya

About the Sage Vidyaranya

Vidyaranya’s most famous works are Pārāśara-Mādhavīya and the Sarvadarśanasaṅgraha “Compendium of school of philosophies”, a compendium of all the known Indian schools of philosophy(sixteen systems).

Vidyaranya’s Pañcadaśī is a standard text on the philosophy of the Advaita Vedanta tradition. It consists of fifteen chapters which are divided into three sections of five chapters each, which are designated as Viveka (Discrimination), Deepa (Illumination) and Ananda (Bliss). The text elucidates many Vedantic concepts, such as, the five sheaths of individuality, the relation between Isvara (God), Jagat (world) and Jiva (individual), the indistinguishability of cause and effect.

The book is about the life and achievements of Shankara Bhagavat-Pada (Adi Sankara).