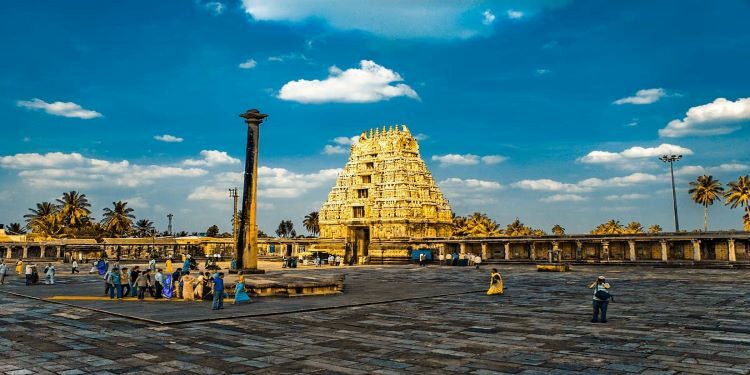 Architecture: The architecture of the Hoysalas is a hybrid of the nagara style of temple architecture of north India and the dravidian style from the South. The temples were built on platforms and had a star shaped plan.

Sacred ensembles of the Hoysalas

The sacred ensembles of the Hoysalas were far beyond temples for worship. They were extraordinary expressions of spiritual purpose and vehicles of spiritual practice and attainment. Set in the foothills of the hilly and forested terrain of the Western Ghats on sites of enduring sanctity, the sacred ensembles included grand and small Hindu temples designed on ancient treatises, Jaina temples, numerous secondary structures, intricate sculpture and iconography, temple dances and music, lakes and tanks, town planning with the sacred elements, and a relationship to the natural environment that was both material and symbolic.Following are the architectural marvels of Hoysalas

Sacred Ensemble of the Hoysala at Belur

The Hoysalas ruled a large part of modern day Karnataka and parts of Andhra Pradesh and Tamil Nadu from the 10th to the 14th century.