In news : During the visit of Indian Prime Minister to Bangladesh, the Prime Minister of Bangladesh requested India, as a member of the UN Security Council, to play a “strong role” in the early repatriation of the displaced Rohingyas back to Myanmar

More about Rohingyas & their migration

Arguments of Rohingyas & Myanmar govt over their origin

Denial of citizenship to Rohingyas

Why did they flee their state? 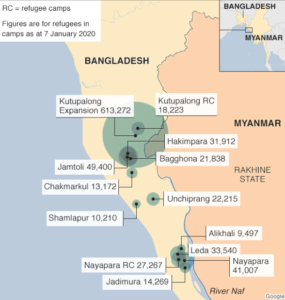