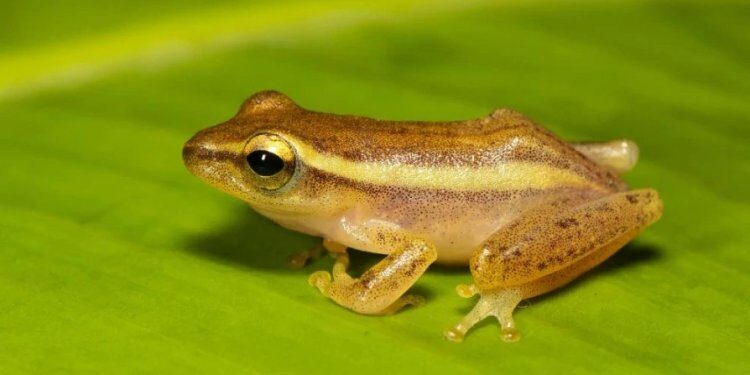 These frogs are characterised by a rather small and slender body (2-3 cm long), a pair of contrastingly coloured lateral lines on either side of the body, minute brown speckles scattered throughout the upper body, light green-coloured eggs laid in arboreal bubble-nests, and several unique behavioural traits including maternal egg attendance.