In news– Recently, the US Supreme Court has decided by an internal majority to overturn Roe v. Wade case, the court’s landmark 1973 judgment that made abortion a constitutional right.

Abortion laws in India and other countries-

In approximately 16 countries around the world, abortion is entirely prohibited and even criminalised. 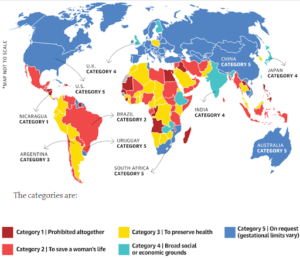