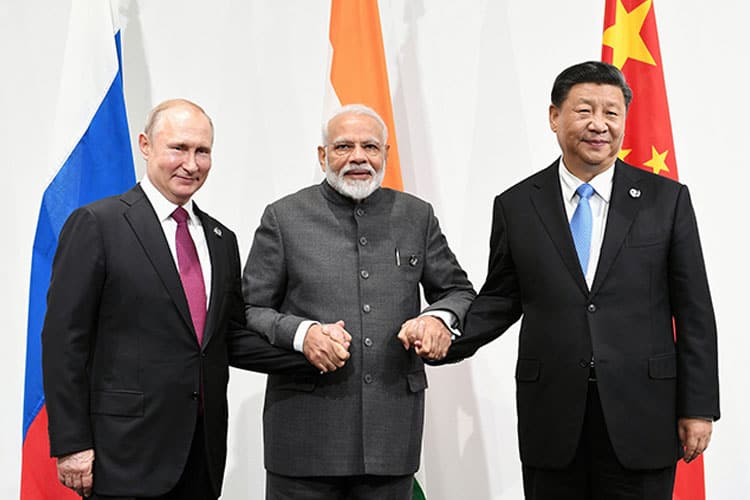 India took part in the virtual meeting of the Russia-India-China grouping. The Indian decision to go ahead with the ministerial level exchange created an opening for de-escalation of tension along the Line of Actual Control with the Russian diplomatic sources indicating that they support constructive dialogue over the tension in eastern Ladakh.

When the RIC dialogue commenced in the early 2000s, the three countries were positioning themselves for a transition from a unipolar to a multipolar world order. It was not an anti-U.S. construct; all three countries considered their relationship with the United States an essential prop to their global ambitions. The RIC shared some non-West (as distinct from anti-West) perspectives on the global order, such as an emphasis on sovereignty and territorial integrity, impatience with homilies on social policies and opposition to regime change from abroad. Their support for democratisation of the global economic and financial architecture moved to the agenda of BRIC (with the addition of Brazil).

The initial years of the RIC dialogue coincided with an upswing in India’s relations with Russia and China. The advent of President Vladimir Putin reinforced the political, defence and energy pillars of the India-Russia strategic partnership. With China, the 2003 decision to bring a political approach to the boundary dispute and to develop other cooperation, encouraged a multi-sectoral surge in relations. An agreement in 2005, identifying political parameters applicable in an eventual border settlement, implicitly recognised India’s interests in Arunachal Pradesh.