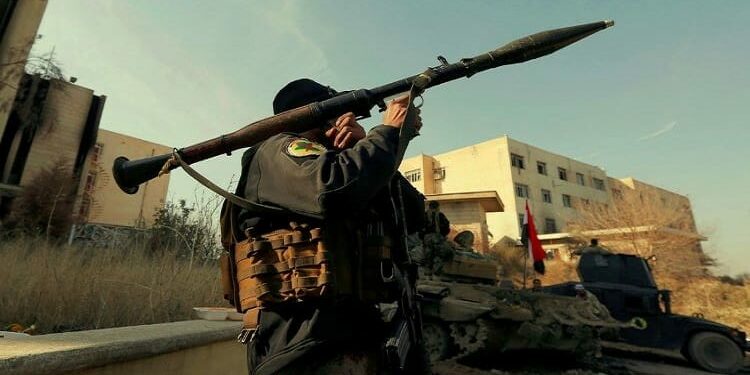 The UN counterterrorism chief’s statement to the Security Council on the continuing presence of Islamic State (IS) terrorists in West Asia, Africa and elsewhere should be seen as a serious warning by the countries in these regions. Two years after the Sunni jihadist group was declared defeated, more than 10,000 IS fighters remain active in Iraq and Syria.

IS ­driven terror attacks are on the rise. Besides these two countries, where the IS had established a proto­state in 2014 — destroyed by multilateral war efforts that lasted four years — the terror outfit has a province in West Africa with nearly 3,000 fighters, according to the UN. In war torn Afghanistan, it continues to stage attacks, targeting ethnic and religious minorities. The IS may no longer control any big city, but it’s rise from a breakaway faction of Al­Qaeda in Iraq to one of the world’s most potent terrorist groups should be a lesson for all stakeholders. Ever since they lost territories, IS fighters withdrew from the front lines and started operating in cells in the deserts, mountains and hinterlands of conflict ridden countries.

Iraq and Syria are particularly vulnerable to the IS’s resurgence as these countries are yet to be fully stabilised after the wars. In Syria, the Bashar Al­Assad government has practically won the civil war. But Syria is now a divided country. While the government controls most of the territories, a coalition of jihadists and rebels is running the Idlib province. In the northeast, the Kurdish rebels have declared autonomy. On the Syrian ­Turkish border, Turkey, backed by pro­Turkish rebels, has carved out a buffer and has been in permanent conflict with the Kurds. Though there is an uneasy quiet in Syria, the situation is inflammable.

Iraq, after months of protests and instability, has finally got a government. But Prime Minister Mustafa Al­Kadhimi is torn between the U.S. and Iran. Pro­Iran Shia militias continue to target U.S. troops inside Iraq, which could turn the country into a battlefield between Washington and Tehran. The story is not very different in Africa. Libya has two governments, which were fighting each other until the recent ceasefire. The Libyan conflict has spilled over into Mali and Burkina Faso, where jihadists have established a solid presence.

Chaos breeds militancy, and as the main group here is the IS, it would remain active as long as these countries remain unstable. The IS has its roots in the U.S. invasion of Iraq. It started growing by exploiting the civil war in Syria. The regional governments as well as their international backers (and rivals) should be mindful of this fact. If they fail to address the regional fault lines and continue to fight each other, the jihadists could emerge winners once again.