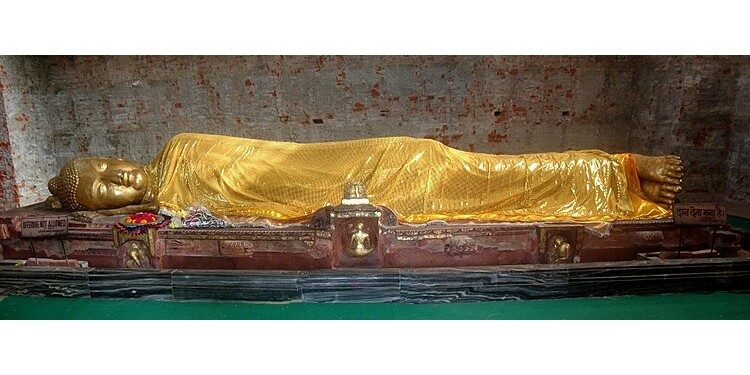 In news- India’s largest statue of the Reclining Buddha will be installed at the Buddha International Welfare Mission temple in Bodh Gaya.