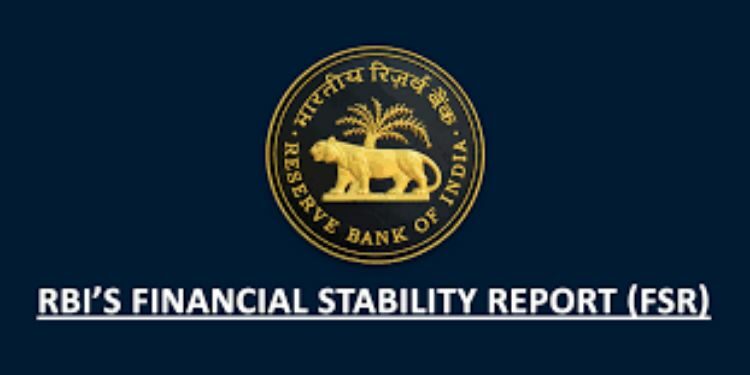 Economic activity has begun making a hesitant and uneven recovery from the unprecedented steep decline in the wake of the COVID-19 pandemic. Active intervention by central banks and fiscal authorities has been able to stabilise financial markets. In a period of continued uncertainty, there are implications for the banking sector as its balance sheet is linked with corporate and household sector vulnerabilities. So, Financial Stability outlook becomes important from UPSC perspective.

In news: Reserve Bank of India released the 22nd issue of the Financial Stability Report (FSR).
Placing it in syllabus: Economy

Highlights of the report:

Loan restructuring and other measures announced by the government to help the industry hit by the coronavirus pandemic include:

IBC and suspension due to covid:

What is stress test of Banks?

There are broadly two categories of stress tests used in banks:

It estimates the impact on a bank’s financial position due to predefined movements in a single risk factor like interest rate, foreign exchange rate or equity prices, shift in probabilities of defaults (PDs), etc

The source of the shock on risk factors is not identified and usually, the underlying relationship between different risk factors or correlation is not considered or ignored.

These tests can be run relatively quickly and form an approximation of the impact on the bank of a move in a risk driver.

These include scenario analysis with system-wide interactions and feedback effects.

The functioning of financial markets in the recent months has been characterised by the economic impact of the COVID-19 pandemic, with financial institutions largely cushioned by abundant liquidity in the banking system, lowering of the cost of funds, and regulatory forbearance in asset classification of specified loans.

However, the fuller impact of the deterioration in the macroeconomic environment on banks’ asset quality, capital adequacy and profitability may unfold gradually.

A shock of such large dimensions is likely to place pressure on the balance sheets of banks going forward. The pre-pandemic vulnerabilities of some relatively weaker institutions may get accentuated.

RBI carried out an assessment of financial stability aspects through performance parameters and level of interconnectedness of Indian financial institutions, supplemented by macro stress tests, including bottom-up stress tests.

Method used in the Financial Stability Report for stress tests:

The stress test results indicate that: