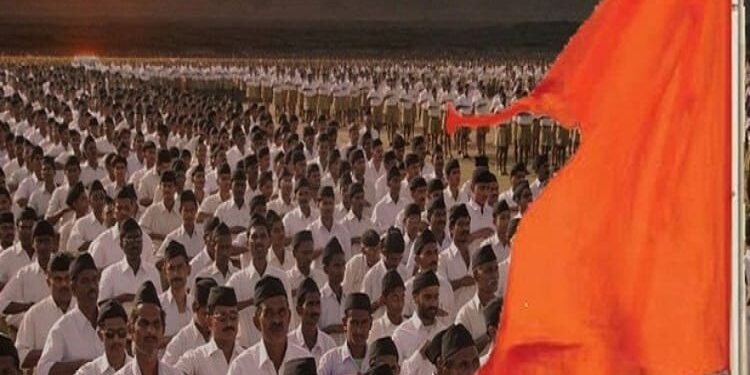 Rashtriya Swayamsevak Sangh (RSS), (Hindi: “National Volunteer Organization”) also called Rashtriya Seva Sangh, is an organization founded in 1925 by Keshav Baliram Hedgewar (1889–1940), a physician living in the Maharashtra region of India, as part of the movement against British rule and as a response to rioting between Hindus and Muslims.

Hedgewar was heavily influenced by the writings of the Hindu nationalist ideologue Vinayak Damodar Savarkar and adopted much of his rhetoric concerning the need for the creation of a “Hindu nation.” Hedgewar formed the RSS as a disciplined cadre consisting mostly of upper-caste Brahmins who were dedicated to independence and the protection of Hindu political, cultural, and religious interests. Upon Hedgewar’s death, leadership of the group was assumed by Madhava Sadashiv Golwalkar and later by Madhhukar Dattatray Deoras.

The RSS presents itself as a cultural, not a political, organization that nevertheless advocates a Hindu nationalistic agenda under the banner of hindutva, or “Hinduness”. The group is structured hierarchically under the guidance of a national leader, while regional leaders are charged with overseeing the local branches. A major emphasis is placed on dedication and discipline, both mental and physical, as a means to restore strength, valor, and courage in Hindu youth and to foster unity among Hindus of all castes and classes.

Paramilitary training and daily exercise and drills are part of this discipline. The RSS reveres Hanuman (in Hindu mythology, the commander of the monkey army) and in the organization’s early years made him the centre of its initiation ceremony. The RSS has historically played a major role in the Hindu nationalist movement. On several occasions it has been banned by the Indian government, led by the Congress Party, for its alleged role in communal violence. Some of the major political leaders of India’s Bharatiya Janatā Party were or still are members of the RSS.

When studying in high school he started participating in nationalist activities, and, in fact, unfurled the banner of independence during Dusserah at Rampayali in 1907. The intensity of his urge to free the Motherland grew steadily. In 1908, he was expelled from school for leading the students in raising the ‘seditious’ cry of ‘Vande Mataram’. He had to move to Pune to complete his matriculation. Hedgewar opted for a medical course in Calcutta, chiefly prompted by the prospect of getting first-hand acquaintance with the underground movement. He soon became a core member of one of the leading revolutionary groups called Anusheelan Samiti, and also plunged himself into various social-service activities. When the river Damodar was in floods in 1913, he rushed to join the relief team.

He returned to Nagpur in 1916 as a qualified doctor. However, he did not (indeed never intended to) practice medicine despite dire poverty at home. Remaining a bachelor, he preferred to become a physician to cure the ills of the nation. By then, he had established active contact with stalwarts like Lokmanya Tilak, Dr. Munje and Loknayak M. S. Anay. He worked in responsible positions in the Congress and Hindu Mahasabha, till the early 1920s. Years of thinking had convinced him that a strong and united Hindu society alone is the sine qua non for not only the all-round prosperity but for the very survival of Bharat as an independent sovereign nation. Social cohesion alone could ensure national integrity. Dr. Hedgewar’s response to this challenge was the founding of the Rashtriya Swayamsevak Sangh in 1925. The first Shakha of the Sangh was started with a handful of youth at Nagpur. Gradually, Shakhas sprouted in other provinces. Soon, there were vast numbers of ‘Pracharaks’ (whole-time social workers totally dedicated to nation-building activities) working for fulfilment of the Sangh mission.