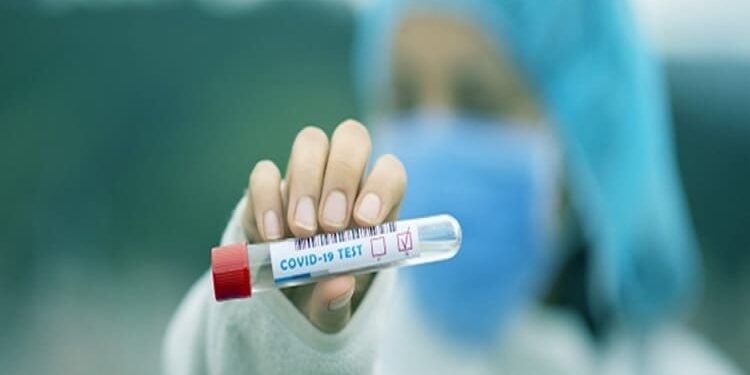 In what might turn out to be an important step in easy, inexpensive SARS-CoV-2 testing, a new rapid diagnostic test for novel coronavirus infection that uses saliva samples was granted an emergency use authorisation by the U.S. Food and Drug Administration (FDA).

Instead of relying on nasopharyngeal specimens, the new test uses saliva, which makes the sample collection non-invasive. The test, called SalivaDirect, has high sensitivity, according to a preprint posted on medRxiv. According to the preprint, SalivaDirect test can detect when the number of virus copies in the saliva sample is as low as 6-12 copies per microlitre. In contrast, testing nasopharyngeal swabs leads to false negative test results due to errors at the time of sample collection. The sensitivity was about 93%.

Collecting and testing saliva samples three steps — collecting saliva without preservative buffers, proteinase K treatment and heat inactivation, and dualplex RT-qPCR virus detection. The test was developed by a team of Yale School of Public Health in partnering with the National Basketball Association and National Basketball Players Association. The research team validated the efficacy of SalivaDirect in part by testing NBA players, coaches, and staff as they look to continue playing while ensuring the health of players and staff.

The saliva test also reduces the need for trained healthcare workers to collect the samples and reduces the risk of virus spread to healthcare workers at the time of sample collection. This is because collecting the sample from the nasopharyngeal region requires a swab to be inserted into the back of the nostrils, which very often causes irritation leading to sneezing and coughing, thus exposing healthcare workers to the virus. Collecting nasopharyngeal samples can be uncomfortable to people, discouraging them from getting tested. The saliva test is likely to increase testing compliance.

The saliva sample can be collected in any sterile container. The diagnostic test also does not require the use of preservatives at sample collection, does not require specialised reagents or equipment for nucleic acid extraction. The SalivaDirect methodology has been validated and authorised for use with different combinations of commonly used reagents and instruments, meaning the test could be used broadly in most high-complexity labs.