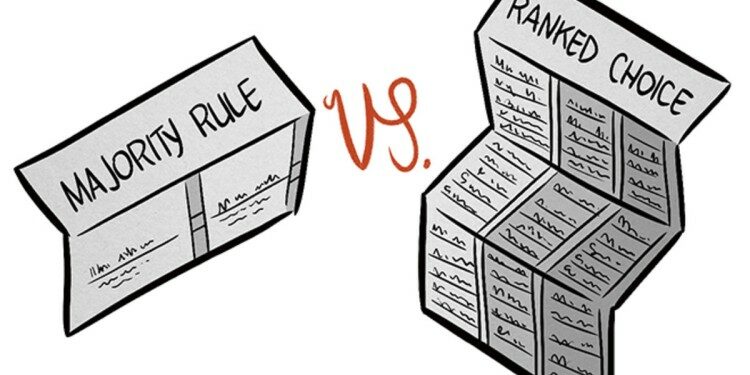 Ranked choice voting made its debut in New York City’s mayoral primary in one of the most high-profile tests yet for a system gaining use in pockets across the US. In this article we try to know more about this system as well as review other electoral systems from UPSC point of view.

In news: What is ranked choice voting, which made its debut in New York mayoral polls?
Placing it in syllabus: Law & Policy

What is a ranked choice voting system?

No Wastage of Vote

Issues of Transparency and trust

Brief on Other Types of Voting

The Electoral Systems can be broadly divided into the following:

Let us know more about the basics of each of these:

In Plurality voting systems, the candidate(s) with the highest number of votes wins, with no requirement to get a majority of votes.

The following are the major subsets of this system:

Mould your thought: What are electoral systems? Discuss the different voting systems found around the world, highlighting the chief feature of each with examples.