Raising Age of Marriage for Women 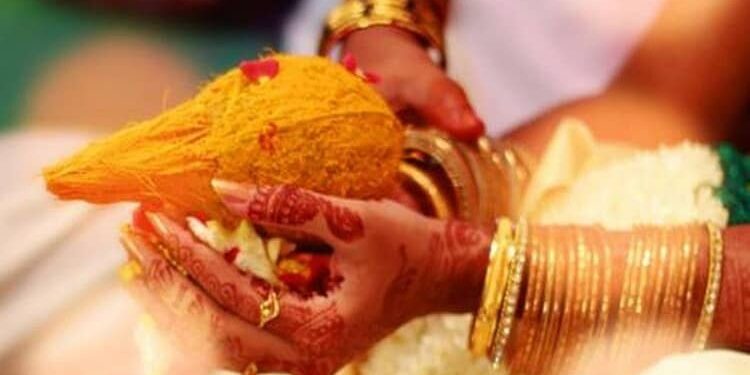 The Prime Minister on Independence Day announced that a committee was deliberating over a change in marital age. A task force appointed by the Women and Child Development Ministry in June has been consulting civil society members. However, activists have opposed the move stating that raising the age of marriage from 18 to 21 for women will lead to an increase in parental backlash against young adults who marry against the wishes of their parents or elope and will lead to criminalisation of sexual activity

Raising Age of Marriage for Women

Delhi-based NGO ‘Partners for Law in Development’ undertook an analysis of cases reported under the Prohibition of Child Marriage Act (PCMA), 2006, to understand who used the law the most and to what end. The data analysed comprised 83 High Court and District Court judgments and orders between 2008 to 2017 and found that in 65% of the cases PCMA was used to punish elopement of two consenting older adolescents. In the remaining 35% of cases of child marriage, the PCMA was invoked in more than half of them to seek dissolution of marriages that didn’t work and not to punish the parents for breaking the law.

Moreover, the law was used mostly by parents and relatives of the girl in 56 out of the 83 cases and only 14% of the cases were initiated by legal functionaries such as the Child Marriage Prohibition Office. The study also found that when used to punish young consenting couples for marrying against the wishes of their parents, the PCMA was invoked along with penal provisions for kidnapping and rape under the Indian Penal Code as well as Protection of Children from Sexual Offences Act, 2012 — the minimum punishment under the latter for aggravated sexual assault is 20 years.

However, marriages arranged by parents in violation of the law only see PCMA being applied, which provides for a maximum punishment of 2 years. Women’s rights experts also argue that child marriage has been on a decline, and therefore there is no rationale to raise the age of marriage. Between National Family Health Survey (NFHS) 3 in 2005-2006 and NFHS-4, the proportion of women in the age group of 20-24 who were married at 15 years dropped from 25.4% to 6%. Further, a vast majority of women are married by the age of 21 and raising the age of marriage for women will lead to the criminalisation of these women and their families. Data from National Family Health Survey, 2015-2016, shows 6% of women between 20-24 years were married at the age of 15, 26.8% by 18 and 48% by the age of 20.

The move may also end up criminalising and exacerbating the existing vulnerabilities of Dalit and Adivasi communities in rural India, instead of empowering its women. The National Family Health Survey (NFHS-4) data 2015-16 points to certain trends in early marriages: That rural women are likely to marry earlier than their urban counterparts; that the higher up a woman is on the wealth quintile, the later she marries. Most importantly, it establishes a direct causal link between education levels and delayed age of marriage, with the former impacting the latter, not the other way around.

Marriages in India are governed by various personal laws which set varying minimum ages for girls as also the Prohibition of Child Marriage Act (PCMA), 2006, where it is 18 years for girls and 21 for boys. Under PCMA, any man, above the age of 18 who marries a woman under 18 years, as well as the parents of minors who abet the act can be imprisoned for up to two years. This is compounded by The Protection of Children from Sexual Offences (POCSO) Act, 2012, that increased the age of consent, from 16 years to 18 years.