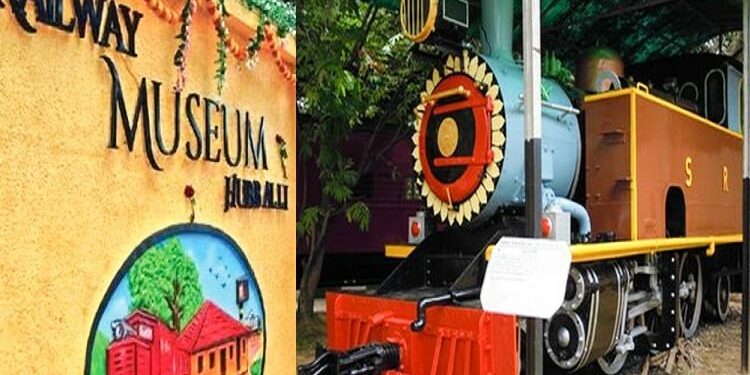 This Rail Museum is first of its kind in North Karnataka and second in South Western Railway after the historic Mysuru Rail Museum at Mysuru. It is centrally located next to the second entry of Hubballi Railway Station on Gadag Road opposite to Central Railway Hospital. This museum is set to enthrall the visitors with its beautiful surroundings. The visitors from all over the country and abroad can have a treat of Railway Heritage items of yester years at the museum.

Railways have itself gone through great transformations. Story of the evolution of railways from the steam era to the modern bullet trains era is truly remarkable. Museum is a monument of tribute to that extraordinary change. Moving into a post Covid era would also see many changes. The museum will help in sensitizing society about shared history and culture. It will tell us about our roots and our foundations. The museum aims at preserving and portraying the glorious heritage of various branches of railways and display the gradual evolution of advanced systems in all spheres of railway working. At Hubballi Museum, the artefacts are broadly arranged in three sections i.e., at the two cottages named Malaprabha and Ghataprabha and the outdoor section.

The Highlights of the Museum:

Outdoor landscape: Two narrow gauge locomotives (train engines) are the prime attraction in the museum. All the exhibits that run on track and are related to track such as rolling stock (engines), coach, wagon, tanker, permanent way material like rails, sleepers, level crossing gate, signals etc are provided in the galleries setup amidst soothing greenery of the museum.

A narrow gauge coach which depicts “Unity in diversity” with life size statues of passengers from various parts of the country is an added attraction for the visitors. Further, two beautiful cottages constructed in 1907, are converted to two parts of the museum named as Malaprabha and Ghataprabha after the two rivers of the region.