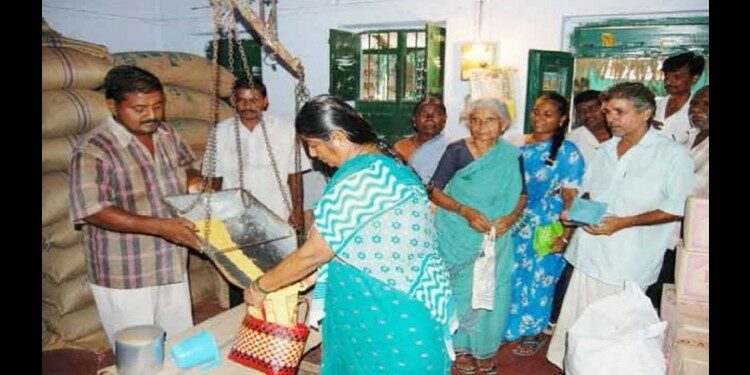 In news: Public Distribution System and Food Security
Placing it in syllabus: Economy

Among these interim orders is the order to the government to:

In 2008, the Court ordered that Below Poverty Line (BPL) families be entitled to 35 kg of food grains per month at subsidised prices.

The government launched TPDS in order to target food grains entitlements to poor households.  Therefore, identification and classification of beneficiaries is crucial to fulfil the goals of the scheme.

Under TPDS, beneficiaries were divided into two categories:

The AAY scheme was launched in December 2000 for the poorest among the BPL families.

Individuals in the following priority groups are entitled to an AAY card, including:

The States/UTs are responsible for effective implementation which includes:

Across the country, food grains are distributed to a network of around 5.13 lakh FPSs. Beneficiaries buy their  monthly food grains entitlements at subsidised prices from these ration shops.

The factors that contribute to the rising food subsidy are:

Increasing costs of buying (at MSP) and handling food grains:

The government had set up this six-member committee to suggest restructuring or unbundling of FCI to improve its financial management and operational efficiency in procurement, storage and distribution of food grains.

Important recommendations of the committee include:

To improve the current system of the PDS, the following suggestions are made:

One Nation One Ration Card:

Features of One Nation One Ration Card Scheme:

Mould your thought: The Public Distribution System contributes significantly in the provision of food security. Evaluate.