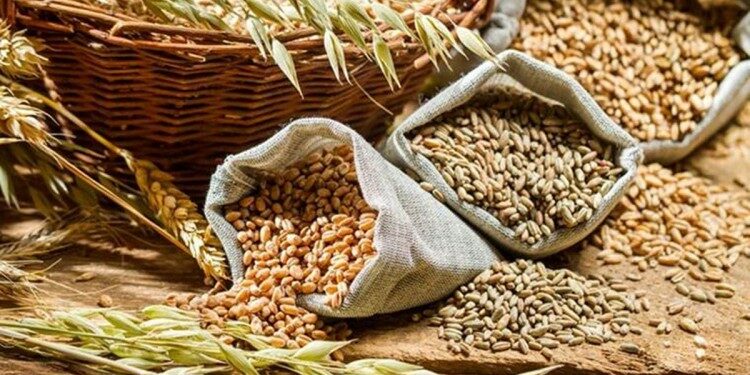 Recently, NITI Aayog has circulated a discussion paper on a proposed revision in the National Food Security Act (NFSA), 2013.

What are the issues discussed in the paper?

It discusses  revision of central issue prices (CIPs), updating of the population coverage under the NFSA, and beneficiary identification criteria.

Provision of NFSA discussed are:

The NFSA provides a legal right to persons belonging to “eligible households” to receive foodgrains at subsidised price– rice at Rs 3/kg, wheat at Rs 2/kg and coarse grain at Rs 1/kg — under the Targeted Public Distribution System (TPDS). These are called central issue prices (CIPs)

Validation of subsidised prices and their revision

As per the Schedule-I of the Act, these subsidised prices were fixed for “a period of three years from the date of commencement of the Act”. While different states began implementing the Act at different dates, the deemed date of its coming into effect is July 5, 2013, and the three-year period was therefore completed on July 5, 2016. However, the government has yet not revised the subsidised prices

Even the Economic Survey of 2020-21 had recommended a revision in the CIPs.

How does the government revise these prices?

The government can do so under Schedule-I of the Act, after completion of the three-year period. To revise the prices, the government can amend Schedule-I through a notification, a copy of which has to be laid before each House of Parliament as soon as possible after it is issued.

Coverage of households under NFSA

The NFSA has prescribed the coverage under “eligible households” — 75% of the rural population and up to 50% of the urban population. On the basis of Census 2011 figures and the national rural and urban coverage ratios, 81.35 crore persons are covered under NFSA currently. This overall figure has been divided among the states and Union Territories, based on the NSSO Household Consumer Expenditure Survey 2011-12.

How is the coverage of households can be updated?

Section 9 of the Act deals with an update of coverage of population under the Act. It states: “The percentage coverage under the Targeted Public Distribution System in rural and urban areas for each State shall, subject to sub-section (2) of section 3, be determined by the Central Government and the total number of persons to be covered in such rural and urban areas of the State shall be calculated on the basis of the population estimates as per the census of which the relevant figures have been published.”

Thus, the number of NFSA beneficiaries was frozen in 2013. However, given the population increase since then, there have been demands from the states and union territories to update the list by ensuring an annual updating system under NFSA

It was in this context that the Ministry of Consumer Affairs, Food and Public Distribution had asked the NITI Aayog to suggest an alternative methodology for “covering beneficiaries under NFSA, including prospective beneficiaries”.

What are the proposals of NITI Aayog?

The NITI Aayog has suggested that the national rural and urban coverage ratio be reduced from the existing 75-50 to 60-40. if this reduction happens, the number of beneficiaries under the NFSA will drop to 71.62 crore (on the basis of the projected population in 2020).

It also states that to make these changes in the law, the government will have to amend subsection (2) of Section 3 of the NFSA. For this, it will require parliamentary approval.

Implication of the revision

If the national coverage ratio is revised downward, the Centre can save up to Rs 47,229 crore (as estimated by the NITI Aayog paper). However, the move may be opposed by some of the states.

However, if the rural-urban coverage ratio remains at 75-50, then the total number of people covered will increase from the existing 81.35 crore to 89.52 crore, an increase of 8.17 crore. This estimate by the NITI Aayog is based on the projected 2020 population, and, according to the paper, will result in an additional subsidy requirement of Rs 14,800 crore.