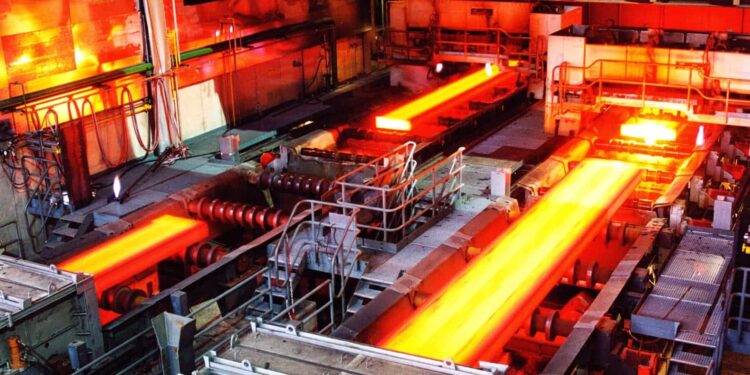 In 2016-17, India produced 97.44 MT crude steel and continued to be the 3rd largest steel producer in the world, after China and Japan. However, the Per Capita steel consumption in India is low at around 63 kg as against the world average of around 208 kg.India is the world’s largest producer of Direct Reduced Iron (DRI) or Sponge Iron.  This justifies the need for a rapid increase in capacity and production of steel in the years to come. As per the present projections, it is expected that India will emerge as the 2nd largest steel producer soon. India has accordingly, fixed a target of 300 million tonne production capacity by 2030.

The R&D efforts by the Indian steel companies out of their own corpus have mainly concentrated on improving internal processes related to saving costs and improving efficiency. Process improvements such as beneficiation and pelletization of iron ore have received good response in the industry. Adoption of continuous casting together with thin slab casting as well as dedicated technologies for harnessing waste heat are drawing the attention of the steel companies

The energy efficient and environment friendly technologies adopted by steel industry as part of technological up-gradation/ modernisation/ expansion programme/ projects include the following:-

The wastes generated are recycled back within the steel plants. Solid wastes such as Blast Furnace slag are granulated within the steel plant and sold to the cement industry. Gaseous wastes generated from the processes are further used in downstream processes in the plant such as in the reheating furnaces and power generation. Further, Research & Development projects have also been undertaken for utilization of steel slag in road making, construction, agriculture etc.

The R & D scenario in Steel companies abroad, particularly, in China, Japan and South Korea is quite different. They have a large outlay of funds earmarked for R&D and also have visible tie-up with external laboratories and academic institutions. Annual R&D investment in these companies is high which is upto 1% of their sales turnover

As per the Department of Public Enterprises guidelines, Maharatna & Navaratna category of CPSEs are required to invest in R&D @1% of PAT and @ 0.5% of PAT in case of Miniratna companies. This guideline is being adhered to by the CPSEs steel companies viz. SAIL & RINL. However, these guidelines are the minimum guidelines and also provide that CPSEs should make an attempt to benchmark R&D spending with internationally prevalent best practices in the sector. Ministry of Steel has published ‘A Roadmap for Research & Development and Technology for Indian Iron & Steel Industry’ in Sept 2011 with as aim to sensitize the Indian steel industry to improve its technological face through R&D and technology intervention

Further, the report of the Working Group on 3 Steel Industry for the 12th Five Year Plan (2012-2017) has called for aggressive R&D initiatives in steel sector

The Ministry of Steel constituted a Task Force under the Chairmanship of Dr. Baldev Raj, former Director, IGCAR, for suggesting a blueprint for an institutional mechanism to spearhead the R&D efforts in the Iron & Steel Sector in India. The said Task Force, in its report inter-alia recommended setting up of a new institutional mechanism namely, Steel Research & Technology Mission of India (SRTMI) for taking up research projects of national importance. The proposal has been accepted by the Ministry of Steel. The salient features of SRTMI are as under: