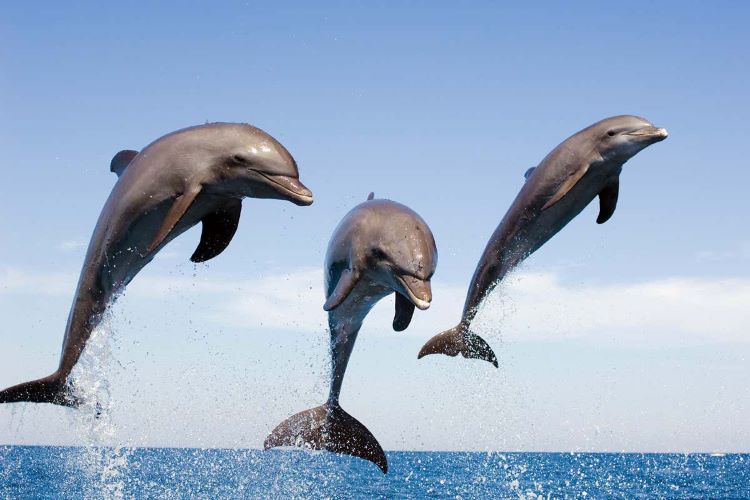 A webinar was organized on “Exploring the impact of COVID-19 on the ecosystem health of rivers and its dolphin population: Present status and future strategy for conservation in India-Bangladesh-Myanmar-Nepal” by Inland Fisheries Society of India, ICAR – Central Inland Fisheries Research Institute, National Mission for Clean Ganga , Professional Fisheries Graduates Forum (PFGF) and Aquatic Ecosystem Health and Management Society.

River Dolphins, a unique species found mainly in rivers of Asia and South America are vanishing rapidly. Gangetic Dolphin, the national aquatic animal of India has been declared endangered by the International Union for the Conservation of Nature (IUCN). This webinar was organised to discuss the future strategy to conserve and revive these dolphins with regional cooperation. Their numbers have dwindled in the last few decades mainly because of direct killing, habitat fragmentation by dams and barrages and indiscriminate fishing.

The Gangetic river dolphins were officially discovered in 1801 and are one of the oldest creatures in the world along with some species of turtles, crocodiles and sharks, according to the World Wildlife Fund (WWF). They once lived in the Ganges-Brahmaputra-Meghna and Karnaphuli-Sangu river systems of Nepal, India, and Bangladesh, but are now mostly extinct from many of its early distribution ranges, as per WWF. The Gangetic river dolphins can only live in freshwater, are blind and catch their prey in a unique manner, using ultrasonic sound waves.

Some of the efforts made to preserve and increase the numbers of these dolphins include the setting up of the Conservation Action Plan for the Gangetic Dolphin (2010-2020), which has identified threats to Gangetic dolphins and impact of river traffic, irrigation canals and depletion of prey-base on dolphin populations. Additionally, the Gangetic dolphins have been included in Schedule -I of the Wildlife Protection Act, 1972, which means they have the highest degree of protection against hunting. They are also one among the 21 species identified under the centrally sponsored scheme, “Development of Wildlife Habitat”.

CPCB guidelines for disposal of carcasses of livestock