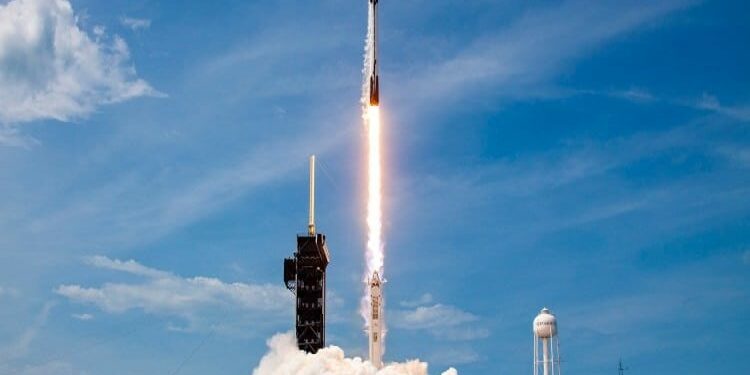 NASA astronauts Robert Behnken and Douglas Hurley, the first-ever astronauts to travel into orbit aboard a commercially developed spacecraft, are aiming to return to Earth this weekend — if an incoming hurricane doesn’t delay those plans.

The men have been on board the International Space Station for two months, after launching from Kennedy Space Center in Florida in a SpaceX Crew Dragon capsule.

Their journey began with an historic May launch that marked the first crewed mission to take off from US soil in nearly a decade. Hurley and Behnken are now scheduled to board their Crew Dragon spacecraft, nicknamed Endeavour, and leave the space station around 7:30 pm ET to begin their 19-hour journey home. Splashdown is scheduled for 2:42 pm ET on Sunday.

Though SpaceX previously launched a Crew Dragon on an uncrewed demonstration mission, Hurley and Behnken’s mission is still considered a test. Both men are veteran NASA astronauts and test pilots specifically trained to respond to any technical issues that may arise on the new vehicle, and NASA won’t officially certify Crew Dragon as a human-rated spacecraft until it makes a safe return. And the return trip is, in some respects, an even riskier journey than the launch. Crew Dragon will need to slice back through the Earth’s atmosphere at 17,500 miles per hour. Rapid air compression and the friction between the air and spacecraft will heat the outside of the spacecraft to about 3,500 degrees Fahrenheit, according to NASA.

Then, as the Crew Dragon approaches Earth, it’ll deploy a small set of parachutes, called “drogue parachutes,” to begin slowing its descent before a large plume of four parachutes fans out to slow the vehicle down even further. If all goes well, Crew Dragon will be traveling less than 20 miles per hour when it hits the water. The astronauts will experience much higher G-forces on the Crew Dragon. And it will mark the first time astronauts have landed in water since 1975. Even after splashdown, the trip can be jarring. The water can jostle the spacecraft, making it uncomfortable for the astronauts as they wait for recovery ships to arrive.

Behnken and Hurley will also need to land in a spot with calm weather so that rough winds and high waves don’t interfere with the splashdown or recovery process. That means the weather criteria for splashdown is even more strict than it was for launch.

NASA and SpaceX officials will continue to monitor the forecasts all the way up until Crew Dragon reenters the atmosphere. The Dragon has oxygen, water and supplies to remain in orbit for about three days if the weather deteriorates.

NASA has selected seven potential sites off the east and west coasts of Florida for the Dragon’s return. SpaceX plans to help astronauts exit the capsule and collect the reusable vehicle within an hour of the splashdown. In case of an emergency, the agency has arranged to have U.S. military aircraft in Hawaii and South Carolina prepared to fly a search and rescue mission. The last U.S. space return by sea was the joint Apollo-Soyuz docking mission, which ended with the Apollo capsule’s return in July 1975 northwest of Hawaii.