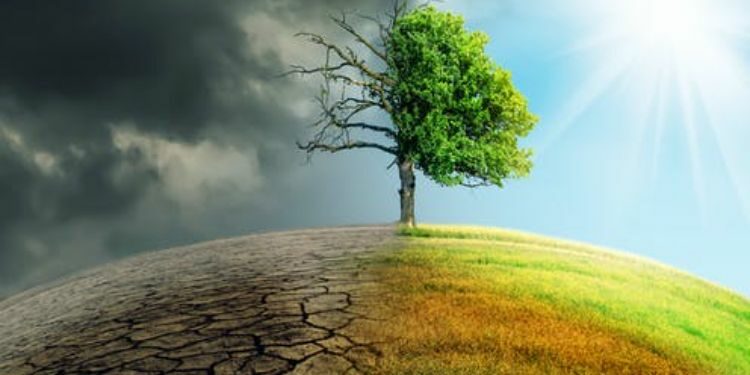 Land degradation is temporary or permanent degeneration of productivity of land due to physical, chemical or biological factors. India shares 16% of the world population, while its land is only 2% of the total geographical area of the world. Naturally, the pressure on the land is often beyond its carrying capacity. Therefore, the productive lands, especially the farmlands in India are in the constant process of various degrees of degradation and are fast turning into wastelands. At present, approximately 68.35 million hectare area of the land is lying as wastelands in India. Out of these lands, approximately 50% lands are such non-forest lands, which can be made fertile again if treated properly.

In news: Desertification and Land Degradation in India
Placing it in syllabus: Environment It is the deterioration in soil physical, chemical and biological properties. Whilst decline in fertility is indeed a major effect of erosion, the term is used here of cover effects of processes other than erosion.

The main processes involved are:

The erosion due to the impact of falling raindrops on soil surface leading to the destruction of the crumb structure is known as the raindrop or splash erosion.

It is the uniform removal of soil in thin layers from the land surface caused by the wind. Land areas with loose, shallow topsoil overlie compact soil are most prone to sheet erosion

Rill erosion is a form of water erosion in which the erosion takes places through numerous narrow and more or not so straight channels called streamlets, or head cuts. Rill is the most common form of erosion, which you can also observe during heavy rain.

Gully erosion occurs due to the runoff of surface water causing the removal of soil with drainage lines. Gullies, when started once, will move by headward erosion or even by slumping of side walls unless and until proper steps are taken in order to stabilize the disturbance.

Bank erosion is nothing but washing up away from banks of a stream or a river. It is different from the erosion of the bed of a watercourse, which is referred to as scouring. This type of erosion is also termed as Stream Bank Erosion.

IWDP is being implemented by the National Wasteland Development Board of  the Ministry Of Rural Development (now Ministry of Rural Areas and Employment).

The strategy includes development of wastelands mainly in non-forest areas aimed at:

Mould your thought: Enumerate different types of land degradation and comment on their extent in India. Suggest solutions to overcome these problems.