Preamble – Its History and Amendability 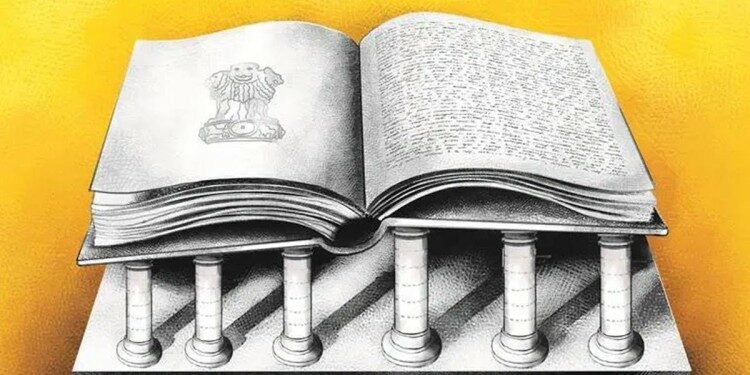 In the 2021 Winter session of the Indian Parliament, a private member’s Bill to amend the Preamble to the Constitution to replace the word “socialist” with “equitable”, among other changes, was introduced by BJP MP K.J. Alphons led to protests by Opposition MPs. In this context let us understand the issues surrounding amendability of the Preamble of Indian Constitution.

In news: Protests over BJP MP’s Bill to amend Preamble

Four important aspects about Indian Constitution that can be known from the text of the preamble are:

Current Text of the Preamble of Indian Constitution:

“WE, THE PEOPLE OF INDIA, having solemnly resolved to constitute India into a SOVEREIGN SOCIALIST SECULAR DEMOCRATIC REPUBLIC and to secure to all its citizens:

EQUALITY of status and of opportunity; and to promote among them all

FRATERNITY assuring the dignity of the individual and the unity and integrity of the Nation;

IN OUR CONSTITUENT ASSEMBLY this 26th day of November, 1949, do HEREBY ADOPT, ENACT AND GIVE TO OURSELVES THIS CONSTITUTION”

Opinions and comments by eminent personalities about the preamble of the Indian constitution:

The Constitution provides for social, economic, and political justice to ensure equality among its citizens.

Objectives resolution and its link to Preamble

The summary of these resolutions is as follows-

SC views on the Position of the Preamble

The Supreme Court has deliberated on several controversial questions on the Preamble.

Though preamble is part of the constitution

Q2: Can Parliament amend the Preamble?

42nd amendment to the Preamble: