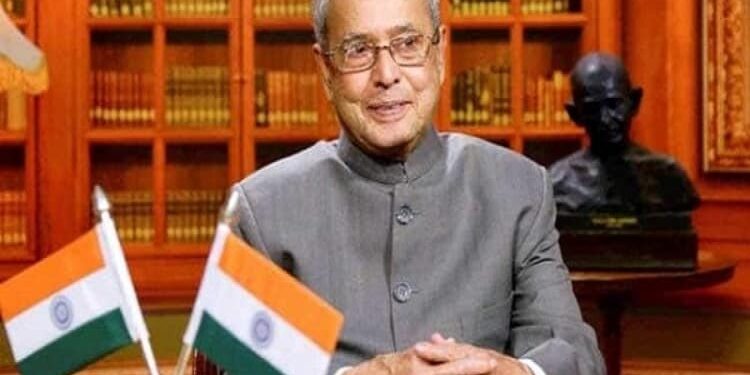 Former President Pranab Mukherjee, who died, has left his mark in India’s political space. Mukherjee passed away at the Army’s Research and Referral Hospital where he was admitted after a fall at his home. At the hospital, he also tested positive for Covid-19. He was operated upon for removing a blood clot in his brain.

Mukherjee’s death marks the end of an era in the Congress; he was among the last of the Congress leaders to have worked closely with Indira Gandhi. Mukherjee’s political journey started in West Bengal when he was the election agent for V.K Krishna Menon, who won the Midnapore by-election as an independent candidate. Indira Gandhi brought in the ‘little master’ to the Rajya Sabha as a member of the Bangla Congress, a breakaway Congress group formed in the state back in 1966. It merged with the Congress in 1970.

Pranab was born into a Bengali family at Mirati, a village in the Bengal Presidency of British India (now in Birbhum district, West Bengal). His father, Kamada Kinkar Mukherjee was active in the Indian independence movement and was a member of West Bengal Legislative Council between 1952 and 1964 as a representative of the Indian National Congress. He attended the Suri Vidyasagar College in Suri (Birbhum), then affiliated to University of Calcutta. He subsequently earned an MA degree in Political Science & History and an LL.B. degree; both from University of Calcutta. He was an upper-division clerk in the Office of Deputy Accountant-General (Post and Telegraph) in Calcutta. In 1963, he became a lecturer (Assistant Professor) of Political Science at Vidyasagar College, Kolkata and he also worked as a journalist with the Desher Dak (Call of Motherland) before entering politics.

Mukherjee received his first ministerial assignment in the Indira Gandhi in 1973, first as junior minister of industrial development. Within two years, he was elevated as a deputy minister with independent charge of revenue and banking departments. Mukherjee quickly made headlines with a crackdown on the then Bombay smuggling underworld don Haji Mastan. In 1982, shortly after Gandhi returned to power from the post-emergency oblivion, she appointed Mukherjee as India’s finance minister.

As finance minister, Mukherjee had fiery innings. He surprised the world by sending back a $1.1 billion instalment of the International Monetary Fund (IMF) loan. A cautious reformer, he was nevertheless the first to stoke up expenditure without letting inflation get out of hand. He also opened the NRI investment window, which pioneered sweeping changes in India’s image as a destination of foreign funds. Mukherjee also played a pivotal role in helping the India-US civil nuclear agreement sail through despite threat of the government being toppled.

He was instrumental in spearheading critical decisions on a range of issues such as administrative reforms, right to information, right to employment, food security, energy security, information technology and telecommunication, setting up of UIDAI and metro rail through chairmanship of over 95 Groups of Ministers constituted for the purpose. Among some of his crucial decisions were setting up regional rural banks (1975) and the EXIM Bank of India as well as National Bank for Agriculture and Rural Development (1981-82).

Mukherjee also served for 23 years as a member of the Congress Working Committee, the highest policy-making body of the party. He served five times as a member of Rajya Sabha and twice as a member of the Lok Sabha. He was conferred Padma Vibhusan, India’s second-highest civilian award, in 2008. Known for his sharp memory, clarity of thought and grasp over issues, Mukherjee has the rare distinction of serving as foreign, defence, commerce and finance minister. He was also a Deputy Chairman of the Planning Commission. Mukherjee served the country as its 13th President for five years from 2012 to 2017.