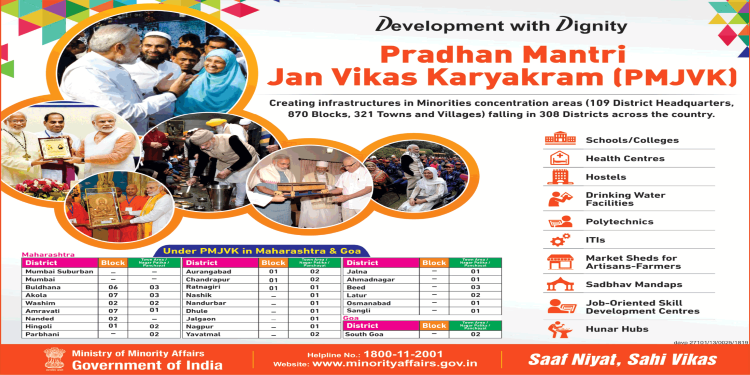 In News: Pradhan Mantri Jan Vikas Karyakram (PMJVK) seeks to provide better socio economic infrastructure facilities to the minority communities particularly in the field of education, health & skill development which would further lead to lessening of the gap between the national average and the minority communities with regard to backwardness parameters.