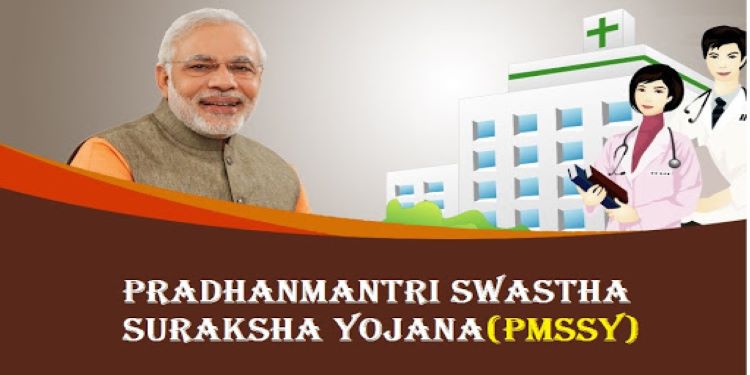 In news : Under Pradhan Mantri Swasthya Suraksha Yojana (PMSSY) setting up of 22 new AIIMS has been sanctioned.

What is Under Pradhan Mantri Swasthya Suraksha Yojana (PMSSY)?

The first phase in the PMSSY has two components – setting up of six institutions in the line of AIIMS; and upgradation of 13 existing Government medical college institutions.

In the second phase of PMSSY, the Government has approved the setting up of two more AIIMS-like institutions, one each in the States of West Bengal and Uttar Pradesh and upgradation of six medical college institutions

In the third phase of PMSSY, it is proposed to upgrade the existing medical college institutions in Uttar Pradesh, Bihar, Madhya Pradesh