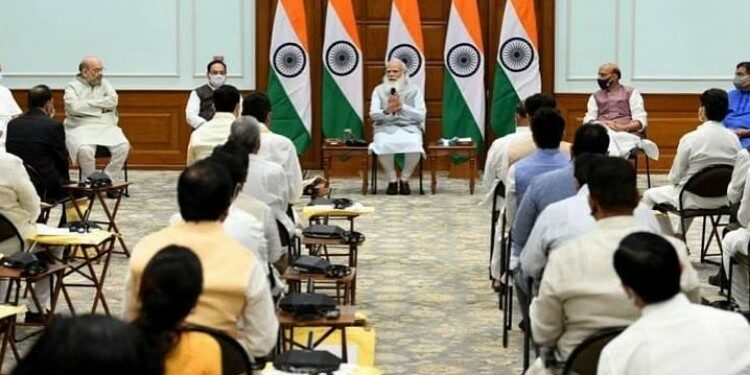 In a major shake up of his Council of Ministers almost midway through his second term, Prime Minister Narendra Modi oversaw the swearing-in of 43 Ministers (new and seven promotions to Cabinet rank) and dropped 12 Ministers (seven Cabinet and five Ministers of State)

What is Cabinet Reshuffle and How is it done? A person who is currently not a member of either Lok Sabha or the Rajya Sabha can also be appointed as a minister.

But, he must become a member of either House within 6 months (either by election or by nomination). Otherwise, he ceases to be a minister.

The Indian Constitution does not categorize ministers into ranks, however, in practice seen in India, ministers are of four types. The difference between them lies in their respective ranks, emoluments, and political importance.

Difference between Cabinet and Council of Ministers

The following points are substantial differences between cabinet and council of ministers: 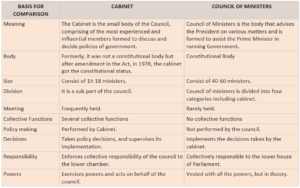 Constitutional Position of both:

Council of Ministers is a constitutional body, dealt in detail by the Articles 74 and 75 of the

However, The constitution is silent on its size and classification. Usually, its size is

determined by the prime minister according to requirements of the time. But size should not be more than 15% of the total strength of the lower house of the Parliament.

Mould your thought: Differentiate between the Cabinet and Council of Ministers in reference to Indian Politico-administrative setup.