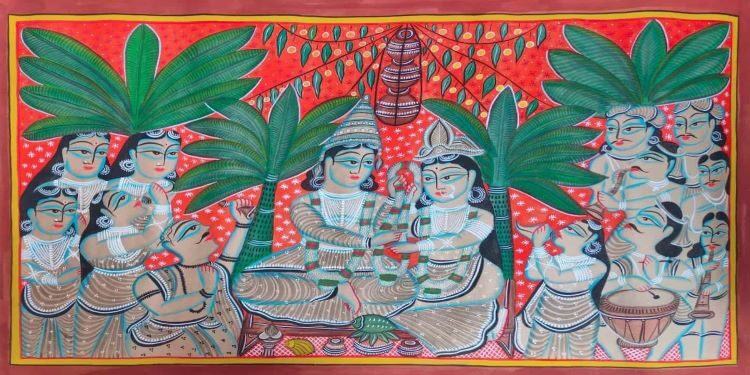 Pattachitra (of Odisha)have mainly the design of Lord Sri Jagannath, Balabhadra and Subhadra

How are these paintings made?