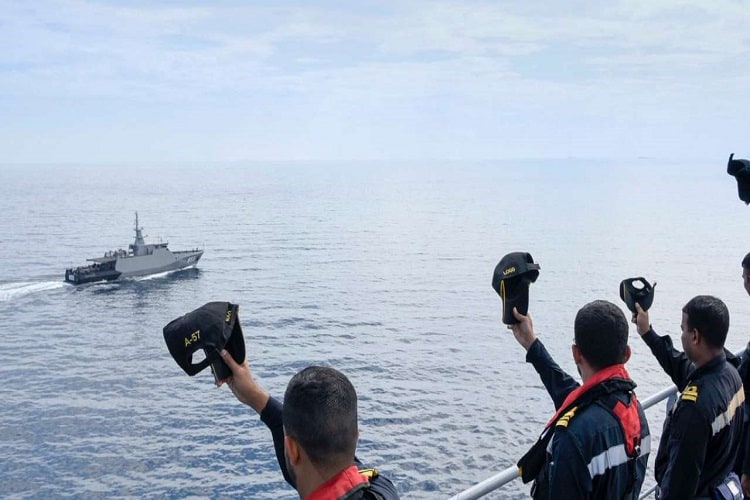 The Indian and the US navies conducted a joint exercise in the Andaman and Nicobar Islands in a strong strategic message to China amid confrontation in eastern Ladakh.

The ‘Passage Exercise’ includes a shorter form of interaction where the two sides have established interoperability. The maneuvers carried out in such an exercise involve a simulated environment. Both Indian Navy and the US Navy also conducted high-end exercises designed to maximize training and interoperability, including air defense. The Nimitz Carrier Strike Group is currently deployed to the Indian Ocean in support of a free and open Indo-Pacific.

Four frontline warships of the Indian Navy participated in the “PASSEX” exercise when the US carrier strike group was transiting through the Indian Ocean Region on its way from the South China Sea. The Indian Navy ships were INS Rana (Destroyer), stealth frigates Sahyadri and Shivalik and Kamorta (anti-submarine Corvettes). China in recent years has increased its maritime operations in the IOR with a deployment of around eight warships on anti-piracy missions. Using the same mission, China has sent its submarines, both nuclear and conventional.