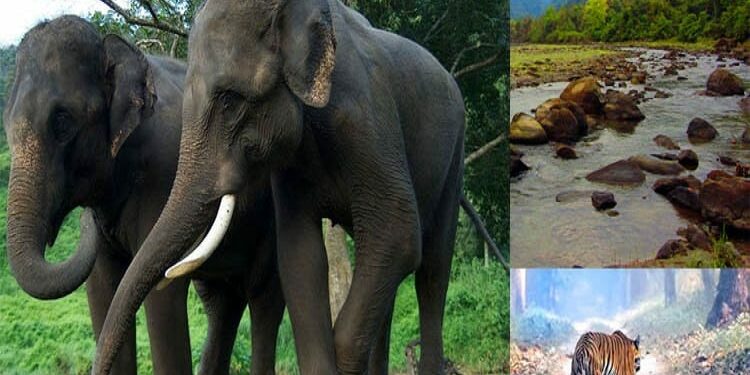 A study based on satellite data has flagged a high rate of deforestation in a major hornbill habitat in Arunachal Pradesh. Using fine-scale satellite imagery, a trio of ecologists assessed the changes in forest cover of the 1,064 sq.km. Papum Reserve Forest (RF) adjoining the Pakke Tiger Reserve as well as a part of Assam affected by illegal felling and ethnic conflict.

Papum RF is a nesting habitat of three species of the large, colourful fruit-eating hornbills: Great, Wreathed and Oriental Pied. The 862 sq.km. Pakke reserve houses a fourth species, the Rufous-Necked. Referred to as ‘forest engineers’ or ‘farmers of forest’ for playing a key role in dispersing seeds of tropical trees, hornbills indicate the prosperity and balance of the forest they build nests in.

The satellite data pointed to alarming deforestation rates in Papum RF with annual loss rates as high as 8.2 sq.km. as per estimates from 2013-2017 where forest cover declined to 76% of the total RF area. The results show the loss and degradation of critical hornbill habitat in the biologically rich forests of the Indian Eastern Himalaya, underscoring the need for habitat conservation efforts.

The ecologists assessed the habitat loss due to illegal logging within a 1 km radius around 29 hornbill nest trees. From 2011 to 2019, the forest cover was found to have declined from 38.55 sq.km. to 21.94 sq.km. around these trees. Hornbills used to be hunted for their casques — upper beak — and feathers for adorning headgear despite being cultural symbols of some ethnic communities in the northeast, specifically the Nyishi of Arunachal Pradesh. But a 20-year-old conservation programme entailing the use of fibre-glass beaks defused the threat to the birds to a large extent.

Illegal logging, however, has however led to fewer tall trees where the birds nest. While the protected areas such as Pakke are better guarded, the forests are often under pressure due to agricultural expansion, conversion to plantations or logging. According to the Global Forest Watch 2020 report, Arunachal Pradesh lost 1,110 sq.km. of primary forest from 2002-2019.

Papum is also an important and large bird and biodiversity area (IBA) as well, which is in western Arunachal Pradesh and is located between two IBAs, Itanagar Wildlife Sanctuary to the east and Pakke Wildlife Sanctuary to the west. The site covers foothills as well as some higher hills in the Himalaya. A large number of perennial streams irrigate this IBA, and ultimately drain into the Brahmaputra river. Papum reserve forest forms part of the Eastern Himalayas Endemic Bird Area. A large part of the site is covered by subtropical dry evergreen and semi-evergreen forests, while the higher areas are under subtropical broadleaf hill forest cover.