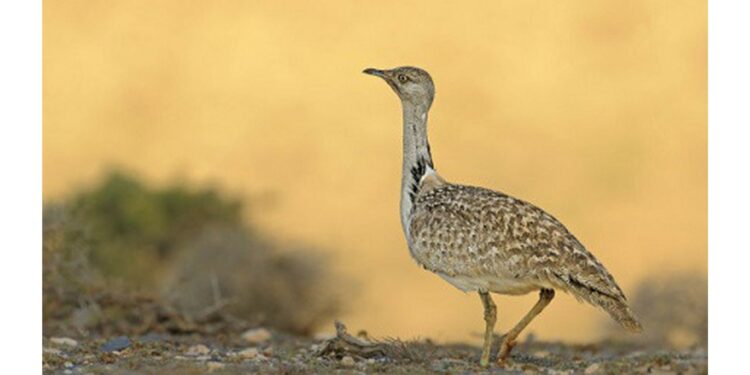 In news : Recently, the Pakistan government has issued special permits to Dubai ruler and others to hunt houbara bustard during the 2020-21 hunting season

Why is the houbara bustard hunted in Pakistan?

Vast swathes of land in Pakistan are allocated in blocks to wealthy dignitaries from the UAE, Saudi Arabia and other Gulf countries, who arrive in the country to hunt the birds every year using hunting gear and falcons. They kill the bird for sport and also because its meat is supposed to have aphrodisiac qualities

Why did Pakistan give permission for Hunting?

The Pakistan Foreign Ministry has been extending yearly invitations to wealthy and powerful Arabs for hunting houbara bustards in the deserts of Balochistan and Punjab, to strengthen the country’s relations with Gulf nations. Arab hunters first started coming to Pakistan to hunt in the 1960s after the houbara/bustard population in the Arabian peninsula began to dwindle.

Is there any limit that they are permitted to hunt?

The allotted hunting areas are spread over Sindh, Balochistan and Punjab provinces.

Each permit allows the individual to hunt a total of 100 bustards in a designated area during a 10-day safari. But the Arab VIPs are known to violate the terms of the permit and kill far more bustards than agreed upon.

About the houbara bustard