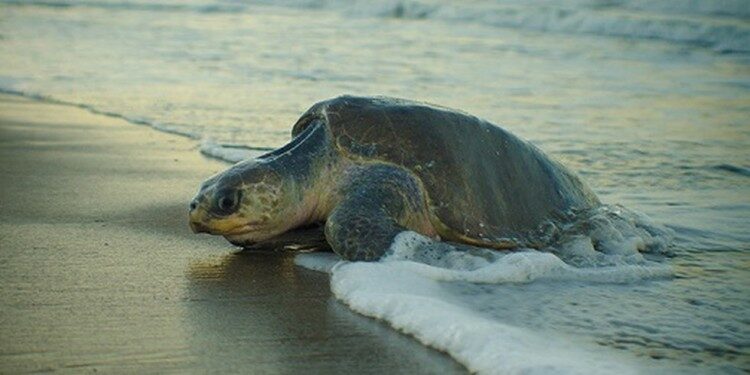 About the Olive Ridley turtle

Coordination of efforts is done at various levels, including enforcing the use of turtle excluder devices (TED) by trawlers in the waters adjoining nesting areas; prohibiting the use of gill nets on turtle approaches to the shore; and curtailing turtle poaching.