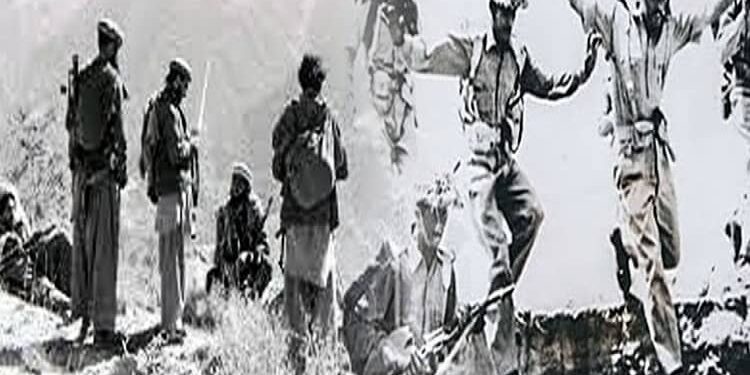 As people in Jammu and Kashmir are observing the first anniversary of abrogation of Article 370, exiled political leaders and activists from Pakistan occupied Kashmir (PoK) have accused Islamabad of instigating unrelenting violence along the Line of Control (LoC) as a part of its wider agenda of hampering peace in India.

While Pakistan’s multiple military ambitions spanning from operation Gibraltar to Operation Topac to gain control of Kashmir were thwarted successfully by Indian security forces, its proxy war through terrorists is continuing even today. The plan, called Operation Gibraltar, was hatched by the officer in command of the region, Maj-Gen Akhtar Hussain Malik, according to Pakistani and other military historians.

The idea was to use armed guerrilla bands to destroy India’s communication system, and attack nodal points to tie up the Indian army. Operation Gibraltar was based on the assumption that guerrilla attacks would trigger an uprising by the Muslim majority population of Indian-controlled Kashmir, most of whom had wanted to join Pakistan at the time of the partition of British India in 1947. A rebel radio station purported to have been set up somewhere inside Kashmir, but actually operating out of the Pakistani city of Rawalpindi, aggressively reported on the exploits of the “mujahideen”, hoping to instigate such an uprising.

But the civilians of Indian-administered Kashmir were not only not prepared for mass rebellion, they actually suffered at the hands of the intruders. Military historians cite numerous examples where civilians were killed or harmed, and others where they turned the infiltrators in. India also reinforced its troops in Kashmir, choked infiltration points, and captured heights from where they threatened Muzaffarabad, the capital of Pakistani-administered Kashmir.

To relieve Indian pressure, Pakistani troops made a thrust into Jammu in the first week of September in an attempt to cut off the Indian supply line. This triggered Indian’s attack on Lahore and Sialkot. Towards the end of August, most infiltrators had been found, captured or killed. Those that survived were asked to pull back when India attacked Lahore. When this attempt to conquer Kashmir failed, then again in 1988, Pakistan came up with ‘Operation Topac‘. All these wars were basically against the people of Jammu & Kashmir and terrorism was forcefully induced in the process and since 1988 whatever terror activities are taking place in Kashmir are all allegedly a part of ‘Operation Topac’.