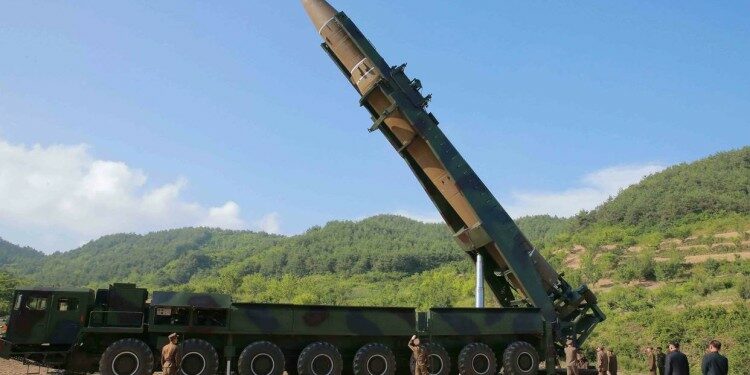 North Korea launched at least two ballistic missiles, said the US and Japan, in the first such tests since US president Joe Biden took office and what Japan called a threat to security and peace in the region. Pyongyang’s ballistic missiles are banned under United Nations Security Council resolutions. Nuclear-armed North Korea has often used weapons tests as provocations to both Washington and Seoul.

In news: North Korea launches first ballistic missile tests for a year in challenge to Biden administration
Placing it in syllabus: Foreign Affairs

Reasons for the Nuclearization:

Deter the US, South Korea, and China:

Use nuclear weapon to bargain for direct negotiation with the US

Impact on the Region:

Implications for the Global Politics

Mould your thought: The subject of North Korean nuclearisation has been deteriorating over time. Comment.