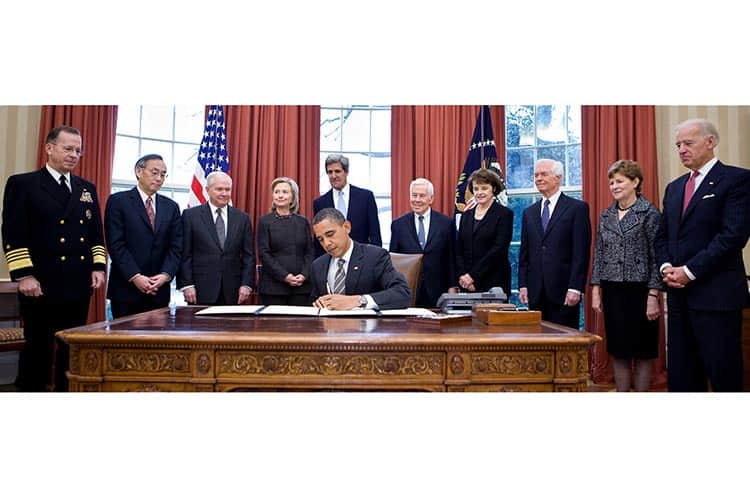 Russian Foreign Minister Sergei Lavrov has said that Russia is not particularly optimistic about a possible extension of the New START nuclear arms-control treaty with the United States. U.S. and Russian envoys had previously held talks in Vienna to discuss a replacement for the pact, but Washington wants Beijing to be included in any future agreements on nuclear weapons. China has repeatedly rejected trilateral talks on nuclear weapons, arguing that it has a much smaller nuclear arsenal than the United States and Russia.

The Treaty between the United States of America and the Russian Federation on Measures for the Further Reduction and Limitation of Strategic Offensive Arms, also known as the New START Treaty, entered into force on February 5, 2011. Under the Treaty, the United States and Russia must meet the Treaty’s central limits on strategic arms by February 5, 2018; seven years from the date the Treaty entered into force.

Verification measures under the Treaty include on-site inspections and exhibitions, data exchanges and notifications related to strategic offensive arms and facilities covered by the Treaty, and provisions to facilitate the use of national technical means for treaty monitoring. To increase confidence and transparency, the Treaty also provides for an annual exchange of telemetry on an agreed number of ICBM and SLBM launches.