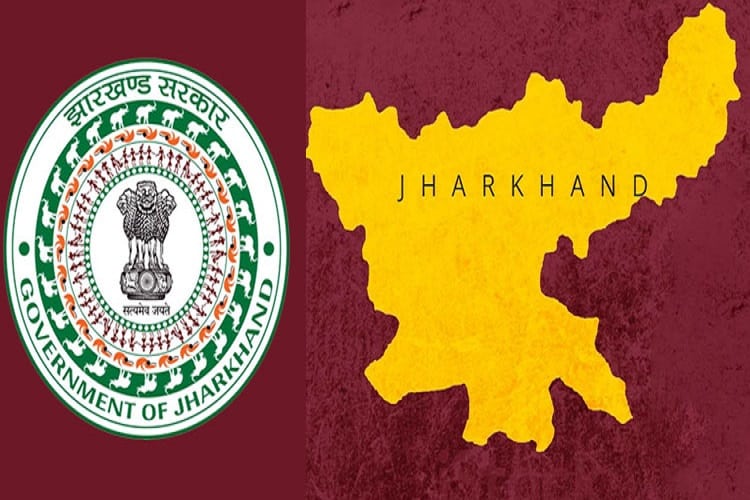 The  government in Jharkhand unveiled the new State logo at Ranchi on the eve of 74th Independence Day. The State logo is circular in size with the Emblem of India placed at the centre. The National Emblem is enclosed in concentric circles depicting Jharkhand’s culture and its abundant natural resources.

The new logo is primarily in green and circular, while the old one was square-shaped. The circle resembles a wheel. The logo represents and its rings represent the urge for development, art, culture, customs, traditions, values, religion, the lush greenery in the state and last but not the least the abundance of minerals in the state.

While the Ashoka pillar at the centre is the state emblem of the country, it also represents Jharkhand’s sovereignty. It signifies that Jharkhand is a partner in the country’s development. Jharkhand’s rich cultural heritage, age-old traditions, musical instruments, folklore and dance are reflected in the new logo. The logo accommodates ‘Palash flower’ (Butea monosperma), which is the State flower of Jharkhand. Its bright red colour represents Jharkhand’s beauty and the struggle of people.

The presence of green colour which symbolises Jharkhand’s huge green and mineral resources, is also a symbol of happiness and prosperity. Elephant, Jharkhand’s State animal, loves discipline and the animal does not lag behind in confronting if it is needled. The sons of soil of Jharkhand have fought a long battle for the freedom of the country. Hundreds of freedom fighters have sacrificed their lives. Jharkhand is playing a significant role in the country’s development. Besides, the labourers are bringing prosperity in other States through their labour.