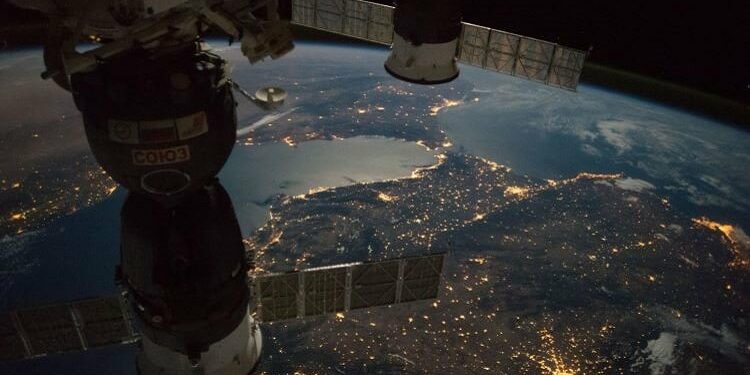 Outer space has been the arena of some of the most memorable technology demonstrations. Russia’s Sputnik and the U.S.’s Apollo 11 were metaphors of geopolitical competition. For India, Chandrayaan and Mangalyaan were symbols of national pride. However as outer space becomes democratised, commercialised and crowded, the multilateral framework for its governance is becoming obsolescent. Space law is a product of a golden age of two decades — the 1960s and 1970s.

The Outer Space Treaty of 1967 enshrines the idea that space should be “the province of all mankind” and “not subject to national appropriation by claims of sovereignty”. The Rescue Agreement,  Space Liability Convention, and the Space Registration Convention  expanded provisions of the Outer Space Treaty. However, the Moon Treaty of 1979 was not ratified by major space­faring nations. Further, space law does not have a dispute settlement mechanism, is silent on collisions and debris, and offers insufficient guidance on interference with others’ space assets. These gaps heighten the potential for conflict in an era of congested orbits and breakneck technological change.

Second, the legal framework is state centric, placing responsibility on states alone. However, non-state entities are now in the fray for commercial space exploration and utilisation. Some states are providing frameworks for resource recovery through private enterprises based on the notion that this is not expressly forbidden for non state actors. U.S. President Donald Trump’s Executive Order on Encouraging International Support for the Recovery and Use of Space Resources of April 2020 falls in this category.

According to NASA, the asteroid named 16 Psyche is so rich in heavy metals that it is worth $10,000 quadrillion. The incentive to proceed is evident. On the other hand, some scholars and governments view this as skirting the principle of national non appropriation, violating the spirit if not the letter of the existing space law. The lack of alignment of domestic and international normative frameworks risks a damaging free for all competition for celestial resources involving actors outside the space framework.

Third, strategists extol the virtues of holding the high ground. Space is the highest ground. States are investing in military space systems for communications, navigation, and reconnaissance purposes, so as to ensure operability of a range of capabilities. Reliance of militaries on satellite systems means that space assets become potential targets. So investment in technologies that can disrupt or destroy space based capabilities is under way. The space arms race is difficult to curb, especially since almost all space technologies have military applications. For example, satellite constellations are commercial but governments could acquire their data to monitor military movements.

Despite concerns about military activity in outer space for long, not much progress has been made in addressing them. The UN General Assembly passed a resolution on Prevention of an Arms Race in Outer Space in 1982. Chinese­ and Russian ­backed Treaty proposals were initiated in 2008 and updated in 2014. For various legal, technical, and political reasons these have not advanced at the Conference on Disarmament. Groups of Governmental Experts have not helped in making progress. The EU’s International Code of Conduct for Outer Space Activities has not gained traction. The current geopolitical situation does not hold hope for addressing concerns of a space arms race.

India has invested enormous resources in its space programme through the Indian Space Research Organisation. More importantly, our space assets are crucial for India’s development. India’s future plans are ambitious. These include a landing on the Moon; the first Indian solar observatory; the first crewed orbital spaceflight mission; and installation of a modular space station in 2030. This calendar is designed to establish India as a major space­faring nation by the end of the decade.

The proposed involvement of private players and the creation of an autonomous body IN­SPACe (Indian National Space Promotion and Authorisation Centre) under the Department of Space for permitting and regulating activities of the private sector are welcome efforts. However, the space environment that India faces requires us to go beyond meeting technical milestones. We need a space legislation enabling coherence across technical, legal, commercial, diplomatic and defence goals. Our space vision also needs to address global governance, regulatory and arms control issues. As space opens up, our space vision needs broadening too.