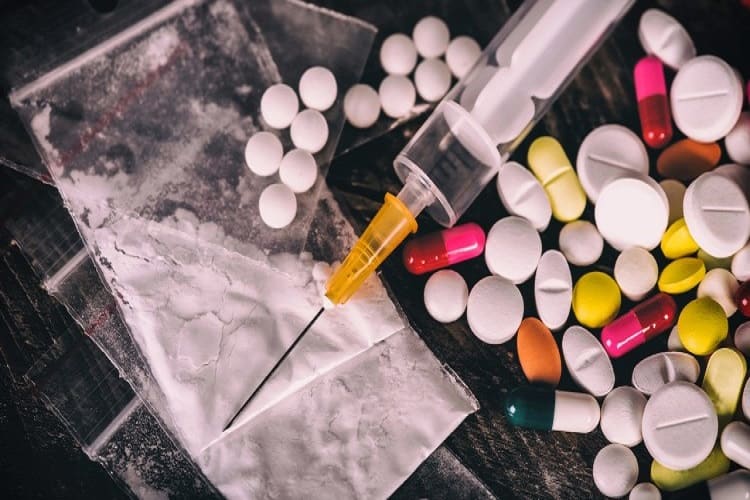 In order to bring India’s narcotics control law at par with international standards, the National Drugs and Psychotropic Substances Act, 1985 was enacted by the Government of India. The Act is widely regarded as a prohibitionist law which seeks to grapple with 2 kinds of offences: trafficking of prohibited substances i.e. cultivation, manufacture, distribution and sale, as well as their consumption.

. The Government of India through an amendment to the NDPS Act in 1989 paved the way for the establishment of specialized courts to deal with offences set out in the Act.

. Sec. 36 of the Act empowers the government to set up as many special courts as it deems fit for the expeditious resolution of disputes.

. The special court consists of a single judge who is appointed with the concurrence of the Chief Justice of the concerned High Court and who must be a sitting Sessions Judge or Additional Sessions Judge at the time of his appointment.

. The quantum of punishment under the NDPS Act is based on the quantity of drugs found which may be classified into 3 categories: small, less than commercial and commercial.

. The amount of small and commercial quantity is specified by the Central Government.

. Sec. 8 of the Act explicitly prohibits the cultivation of opium, poppy, coca or cannabis plants as well as the production, manufacture, distribution including warehousing, transport, purchasing and selling of prohibited drugs and psychotropic substances.

. It also prohibits their financing as well as consumption and harboring offenders guilty under the Act.

. Since the NDPS Act gives extensive powers to law enforcement agencies to clamp down on malpractices connected with drug abuse, it also seeks to put in place adequate safeguards to prevent innocent civilians from being unnecessarily harassed.

. Any person making an arrest or seizure under the Act is, therefore, required to make an extensive report containing all relevant details which must be sent to his immediate superior.

. Similarly, Sec. 100 of the CRPC states that any police officer who wishes to search any person who is believed to be concealing something suspicious must do so only in the presence of at least 2 respectable inhabitants of that locality known as panchas.

. The 2014 amendment seeks to put in place a single window clearance system in accordance with which every hospital which is in need of these drugs would be granted the status of a recognized medical institution (RMI).

. It seeks to create a special category of drugs called Essential Narcotic Drugs whose use would be largely regulated by the central government.

. The amendment focuses on the management of drug dependents and paves the way for the accreditation of treatment centres by relevant government authorities.

. The Department of Social Welfare has been declared as the nodal agency that monitors the initiatives undertaken by various organizations, public and private, for spreading greater awareness about the deleterious effects of drug abuse.

. A central agency, known as the Narcotics Control Bureau, is tasked with the responsibility of overseeing the activities undertaken by various law enforcement agencies and to ensure constant compliance with various international instruments that India has signed.

. The Ministry of Finance looks into cases grappling with drug trafficking, money laundering and other offences which are closely linked with drug abuse.