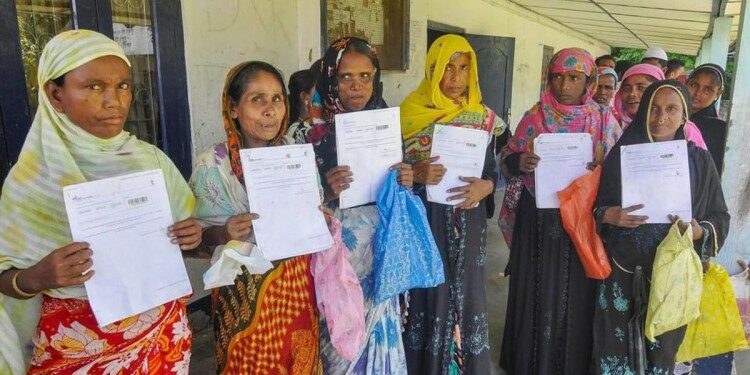 A Foreigners’ Tribunal (FT) in Karimganj district of southern Assam, while removing the ambiguity around a man’s citizenship, has pronounced that there is no doubt that the NRC published on August 31, 2019, is the final one. This has raised much controversy.

In news: Done and dusted: On the National Register of Citizens process
Placing it in syllabus: Society

What is NRC? Its Constitutional and Statutory Validation

National Register of Citizens, 1951 is a register prepared after the conduct of the Census of 1951 in respect of each village, showing the houses or holdings in a serial order and indicating against each house or holding the number and names of persons staying therein.

NRC was first introduced after the 1951 Census of India The NRC was published only once, in 1951.

During the year 1985, the Assam Accord was signed between the All Assam Students Union (AASU), the All Assam Gana Sangram Parishad and the then Central Government led by Rajiv Gandhi to bring stability in the state.

The provisions of the Assam Accord were:

Many difficulties arose during the implementation of the Assam Accord as it led to massive law problems.

Debate on NRC: Can it be emulated across States?

Mould your thought: What are the constitutional and statutory basis for NRC? Critically discuss the debate surrounding the pan-India implementation of NRC.