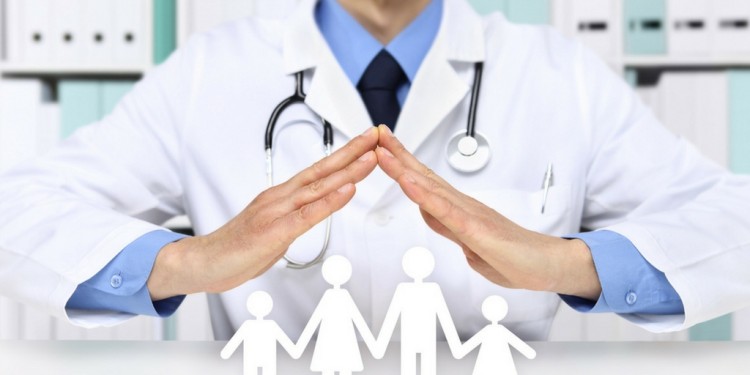 Good health benefits not only the individual, but the nation as well. The NFHS gives a detailed picture of the performance of India’s population in various health indicators. It helps in analyzing the success or failure of various policy measures and programmes initiated over the last few years. To address the lacunae mentioned in the report, a comprehensive and coordinated approach with better governance and cooperation of civil society is needed.

In news: NFHS-5 report has been released.
Placing it in syllabus: Governance

Highlights of the report:

In Child malnutrition parameters – such as infant and child mortality (under 5 years of age), child stunting (low height for one’s age), child wasting ( low weight for one’s height) and proportion of underweight children – several states have either been stagnant or worsened. Children born between 2014 and 2019 (that is, 0 to 5 years of age) are more malnourished than the previous generation. NFHS 4, which was conducted in 2015-16, had recorded a drop in child malnutrition levels. 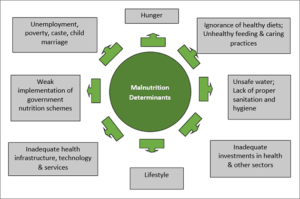 The reversal in the proportion of children who are stunted is the most worrisome because unlike wasting and being underweight, stunting represents chronic malnutrition. Another cause of concern is the fact that the first phase data is pre-pandemic and it is quite likely that the second phase which will also incorporate Covid’s impact may show even poorer results.

Various government initiatives have been launched over the years to improve the nutrition status in the country. These include the Integrated Child Development Services (ICDS), the National Health Mission, the Janani Suraksha Yojana, the Matritva Sahyog Yojana, the Mid-Day Meal Scheme, and the National Food Security Mission. The National Nutrition Strategy has been released.

Article 47 of the Indian Constitution provides that it is the “duty of the State to raise the level of nutrition and the standard of living and to improve public health”. Compliance with this provision is seen in the form of nutrition missions launched by some State governments.

Adequate funds are needed for the successful implementation of any nutrition scheme. In the case of India, with respect to centrally supported schemes such as ICDS, data show that the budgetary allocations have decreased over time. More recently, while the allocations have increased in absolute terms, the annual rate of change is down. State governments must play a more pro-active role in combating malnutrition and themselves generate funds for this purpose.

The agencies of State governments have to adopt a comprehensive and coordinated multi-sectoral approach which is formulated by taking into account the varied nature of local-level challenges. Better governance has to be demonstrated and the civil society must respond in a responsible manner.