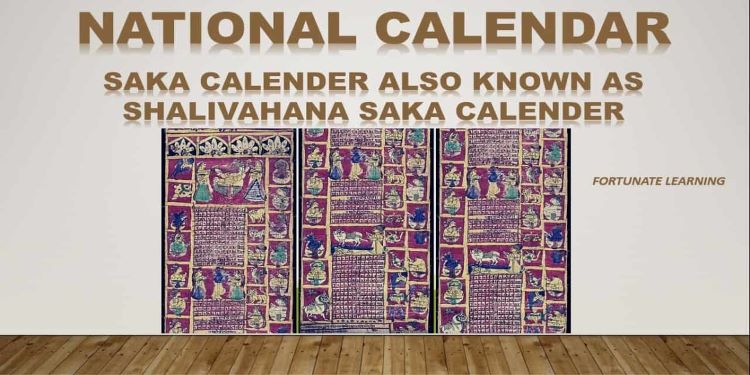 In news :  Along with Vijnana Bharati (VIBHA), the CSIR and its Delhi-based CSIR-National Physical Laboratory (CSIR-NPL) organized an event, “From Many to One: The Saga of the Indian Calendar”

Usage: It is being used for the following official purposes:

The names of the months in Saka Calendar are:

Digital Calendar and Diary of Government of India

Recently Union Minister for Information and Broadcasting the Digital Calendar and Diary of Government of India.

The Government of India Calendar application contains the following features: